Asian Indians are persons of Indian-subcontinent origins. The United States Census Bureau uses the term Asian Indian to avoid confusion with Native Americans. Indianapolis, as well as the rest of the Midwest, was not a destination for Asian Indians until the 1960s.

The first wave of Asian Indians immigrated to the United States in small numbers at the turn of the 20 century. These pioneer immigrants, Sikh males from the Indian state of Punjab, came between 1907 and 1914. They brought farming skills and a tolerance for long days of hard labor, which led to their settling along the West Coast of the U.S. where they found work on farms.

The U.S. Immigration Act of 1917 barred all Asian immigrants already in the U.S. from seeking citizenship and stripped those of their already-naturalized status. It applied to Asian Indians after the U.S. Supreme Court ruled that Asian Indians qualified as Asians. The Atlantic Charter of 1941 reversed the Supreme Court decision, thus permitting Asian Indians, Japanese, and Koreans in the U.S. to become U.S. citizens. The second wave of Asian Indians came to the U.S. from the northern and eastern parts of India following the ruling. These were pro-independence anti-British students agitating for an end to colonization.

The 1965 Immigration and Naturalization Act increased the quotas for non-European immigration. This sparked the third wave of immigration comprised of mainly Asians and Latin Americans. One-hundred seventy thousand immigrants per year from the eastern hemisphere were allowed to the U.S. with no more than 20,000 from per country. Skilled workers in engineering, medicine, and research science, and those with resident families in the U.S. were prioritized.

The largest number of Asian Indians who fulfilled these criteria came from the state of Gujarat. Others came from Punjab, West Bengal, Kerala, and Tamil Nadu. Due to their increased socioeconomic status, these Asian Indians were geographically dispersed throughout the U.S., a distinction between the third wave immigrants from earlier waves who tended to cluster in ethnic neighborhoods.

The Asian Indians who arrived in the 1960s and 1970s integrated well in urban and suburban areas. The driving force behind this immigration was economic. Indianapolis had approximately 15 Asian Indian families in and around the capital by 1967. They spoke English, came to pursue post-graduate work or were highly educated, and looked for jobs in universities, research centers, hospitals, and engineering. They tended to live near their upwardly mobile colleagues.

These first families in Indianapolis, mainly Gujarati but a few Punjabi, gathered to preserve, promote, and celebrate their culture, food habits, dance, traditions, arts, religion, ideas, and ideals. One year later, the families formally organized the India Association of Indianapolis, a pan-Indian social and cultural organization. 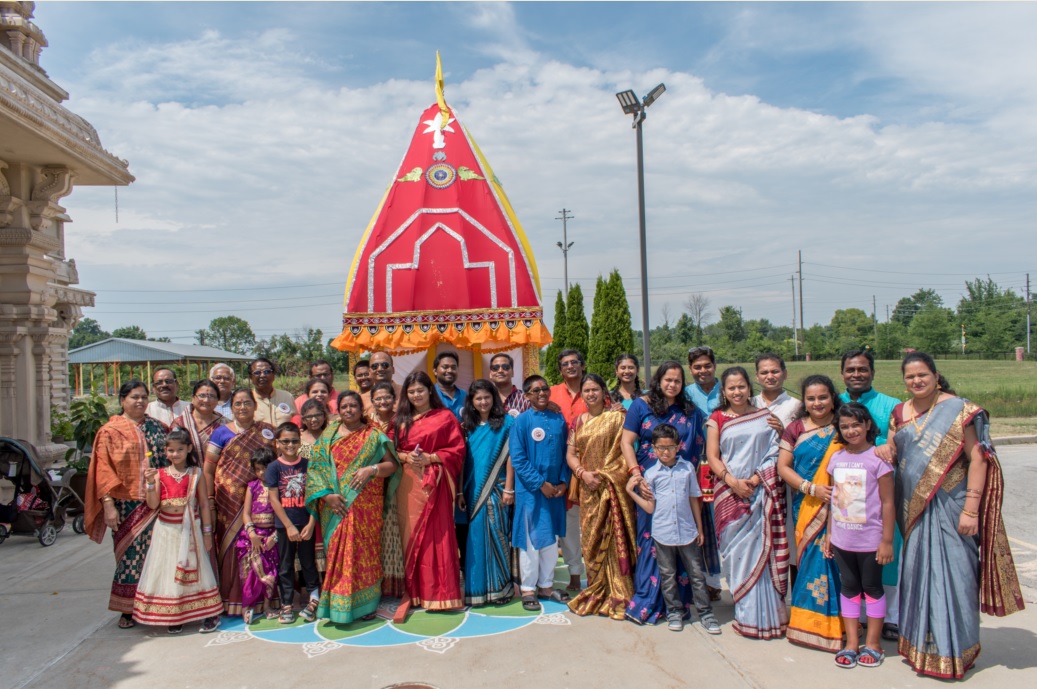 In 1975, the Association of Indians in America prodded the U.S. Census Bureau to add an identification category for Asian Indians to census reports. The official category was used for the 1980 census. Prior to the distinction, Asians were stuck choosing between Black or white. Between 1980 and 1990 the Asian Indian population in the U.S. increased 125.9 percent. It more than doubled from 1990 to 2000 from 815,219 to 1.9 million Asian Indians. The greatest concentration was found in New York City, Los Angeles, and Chicago.

By the mid-1980s, the Asian Indian population in Indianapolis increased, precipitating the construction of the India Community Center in 1985. Here, they organized social and cultural celebrations. The facility expanded in 1991 to keep pace with the growing community which included a broader group of Asian Indians who followed different religions, such as Hinduism, Jainism, Buddhism, Sikhism, Islam Christianity, Judaism, Zoroastrianism, and Bahaism. These disparate groups remained relatively cohesive socially and some used the India Community Center for worship, albeit at separate times. 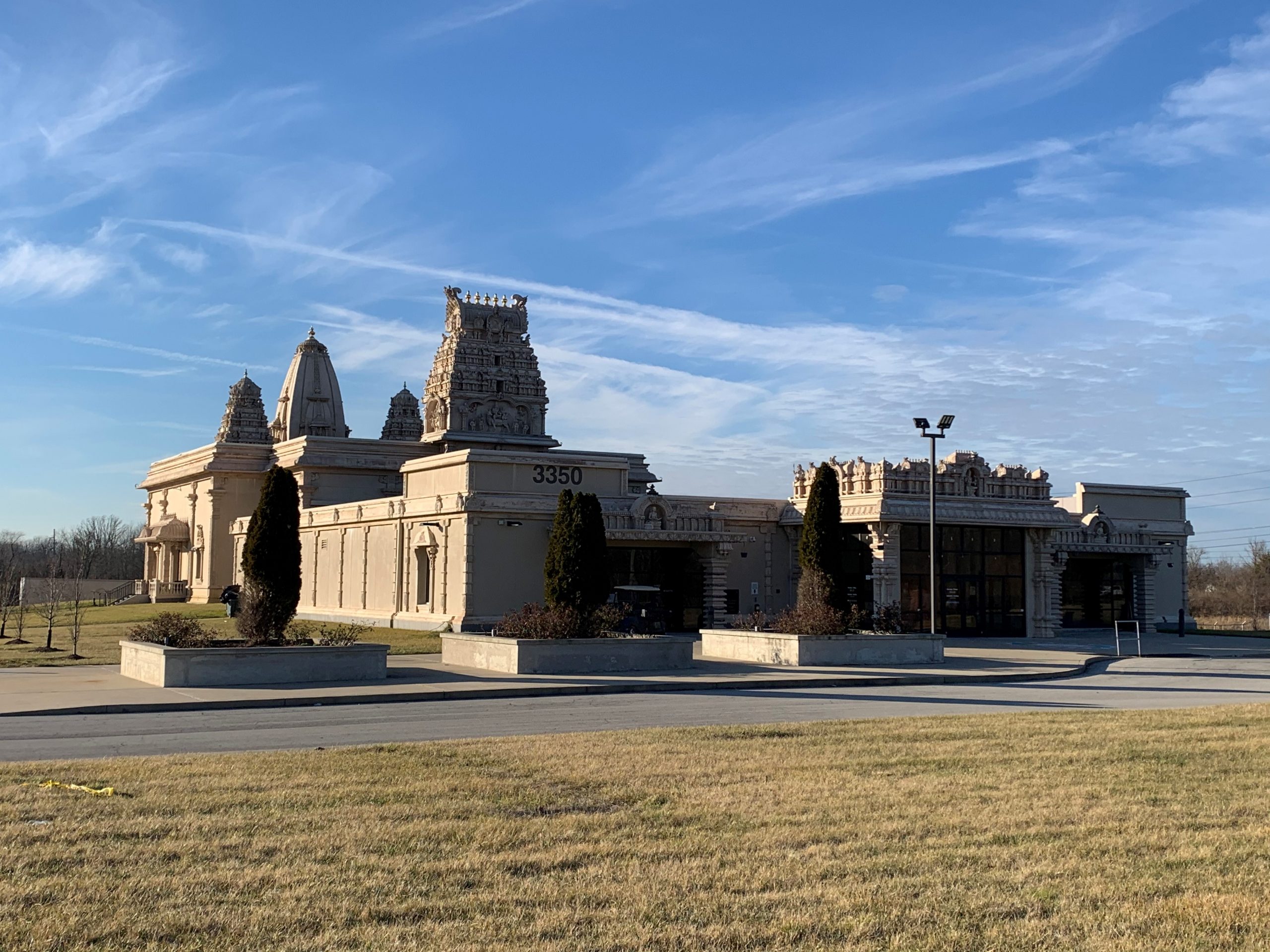 There were barely enough Hindus in Central Indiana during the 1980s and 1990s to warrant the organization of a separate Hindu Temple. The India Community Center sufficed as a weekly worship center and those who desired a more authentic service in a true temple made the trip to Chicago or Dayton, Ohio. The idea to build a Hindu Temple in Indianapolis gained traction after the India Community Center experienced a few incidents of deity desecration by non-worshipping patrons. Furthermore, central Indiana Hindus needed a place to strengthen their spirituality as an Indianapolis community rather than as guests of the Chicago or Dayton communities. The Hindu Temple Of Central Indiana, built in three phases, took almost nine years to complete. The congregation celebrated opening the final portion in a five-day ceremony from June 3-8, 2015. The temple serves not only as a place to worship but as a place where second-generation Asian Indians come together to learn how their faith should be used to integrate them within the larger Asian Indian community and even larger American community.

Since the 1990s, a proliferation of Asian Indian grocery stores, restaurants, dance schools, and businesses have opened in Indianapolis. The increase in is reflects not only the growing number of Asian Indians in the city but the diversity of Asian Indians here. Representatives from all parts of India in Indianapolis speak Assamese, Bengali, Gujarati, Hindi, Kannada, Kashmiri, Malayalam, Marathi, Oriya, Punjabi, Sindhi, Tamil, Telugu, and Urdu. The diverse group has created new organizations that have splintered off the pan-Indian India Association of Indianapolis. They include such as the Bengali Association of Indiana, the Greater Indianapolis Telugu Association, the Indiana Malayalee Association, the Kannada Association of Indianapolis, and the Tamil Sangam of Central Indiana. Mafat Patel, who attended Indiana University, began his Chicago-based national grocery chain Patel Brothers in 1974 to satisfy the demand for hard-to-find Indian groceries. Indianapolis finally saw its first Patel Brothers store open at the International Marketplace neighborhood in 2020.

Other organizations, including the Indiana India Business Council, the Lilly India Network (LINK), the Indiana Cricket Association, and the Yoga Mitra Mandal, also serve to support Asian Indians as they integrate into the Indianapolis workplace while maintaining and introducing Indianapolis to traditional social and cultural practices.

Though numerous Asian Indian social and cultural groups exist in Indianapolis, the India Association of Indianapolis hosts the annual India Day celebration at Monument Circle. The Hindu Temple of Central Indiana hosts the Holi Festival Color of Light. Both events provide additional exposure of Asian Indian culture to Indianapolis as a whole. 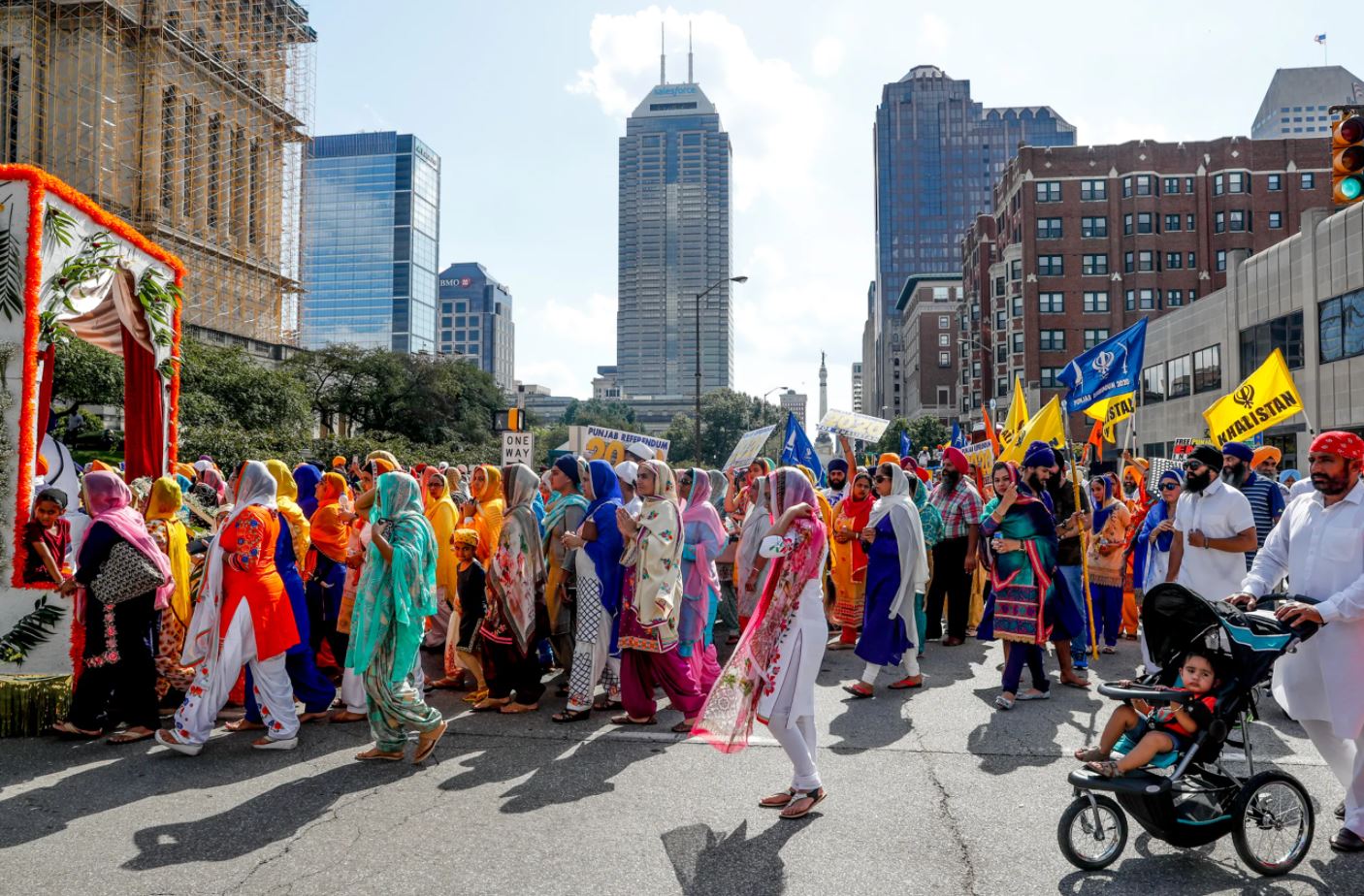 Former Mayor Greg Ballard worked to introduce Indianapolis to India’s national sport, cricket. On his trip to India in 2010, Ballard traveled to Hyderabad where he signed a Sister City Agreement. He set a goal to build relationships with companies and bring a cultural souvenir to Indianapolis. To fulfill the latter goal, Ballard toured the Hyderabad Cricket Association’s test facility where he developed his plan for a cricket field in Indianapolis. The Indianapolis World Sports Park on Indianapolis’ eastside is host to the Mayor’s Challenge Cricket Tournament. Indiana University and Purdue University both have had active cricket clubs. Eli Lilly and Company and Corteva Agrisciences (formerly Dow Agrosciences) both sponsor cricket tournaments.

Ballard’s 2010 trip yielded more than a cricket connection. He made the trip with Balaraju (Raju) Chinthala, an Indianapolis businessman from India who put Ballard in touch with senior-level executives at Infosys, the Indian information technology behemoth. Ballard invited these executives to visit Indianapolis, an invitation they would accept years later when ready to grow their U.S. presence.

In 2013, Ballard returned to India with a delegation to again promote Indianapolis and explore economic opportunities. The Indianapolis Chamber of Commerce funded the trip to Hyderabad to announce Indianapolis’ desire to bring Indian information technology, life sciences, and research organizations to the city and to strengthen cultural relationships with India through the arts.

In 2017, Governor Eric Holcomb, Mayor Joe Hogsett, and other Indianapolis stakeholders used the seeds Ballard had planted to secure the Infosys Technology and Innovation Hub at the One America Tower. Governor Holcomb built on the connection between Indiana and India when he established a sister city relationship with Karnataka, India, in 2017. The relationship was directly linked to Infosys’ investment in Indianapolis.

In November 2018, Infosys began construction on the site of the former Indianapolis International Airport for its new $245 million education center and residential facility. Infosys opened a Cyber Defense Center at its Technology and Innovation Hub in March 2020.