(Dec. 29, 1865-Sept. 11, 1933). Born on a farm near Monrovia, Indiana, Newby came to Indianapolis seeking employment about 1881 and eventually settled in at Nordyke And Marmon, where he worked his way from office boy to middle management.

Succumbing to the bicycling craze that swept the country in the late 19th century, Newby helped found the Zig-Zag Cycling Club in 1890. The club’s signature event that debuted in 1891 was held on Decoration Day (Memorial Day).

That same decade, along with Charles E. Test and Edward Fletcher, Newby formed the Indianapolis Chain and Stamping Company, precursor to the Diamond Chain Company. By the end of the 1890s, the company was supplying about 60 percent of American-made bicycle chains. Newby was also associated with the Hay and Willits Manufacturing Company, makers of Outing bicycles, from 1894 to 1899. 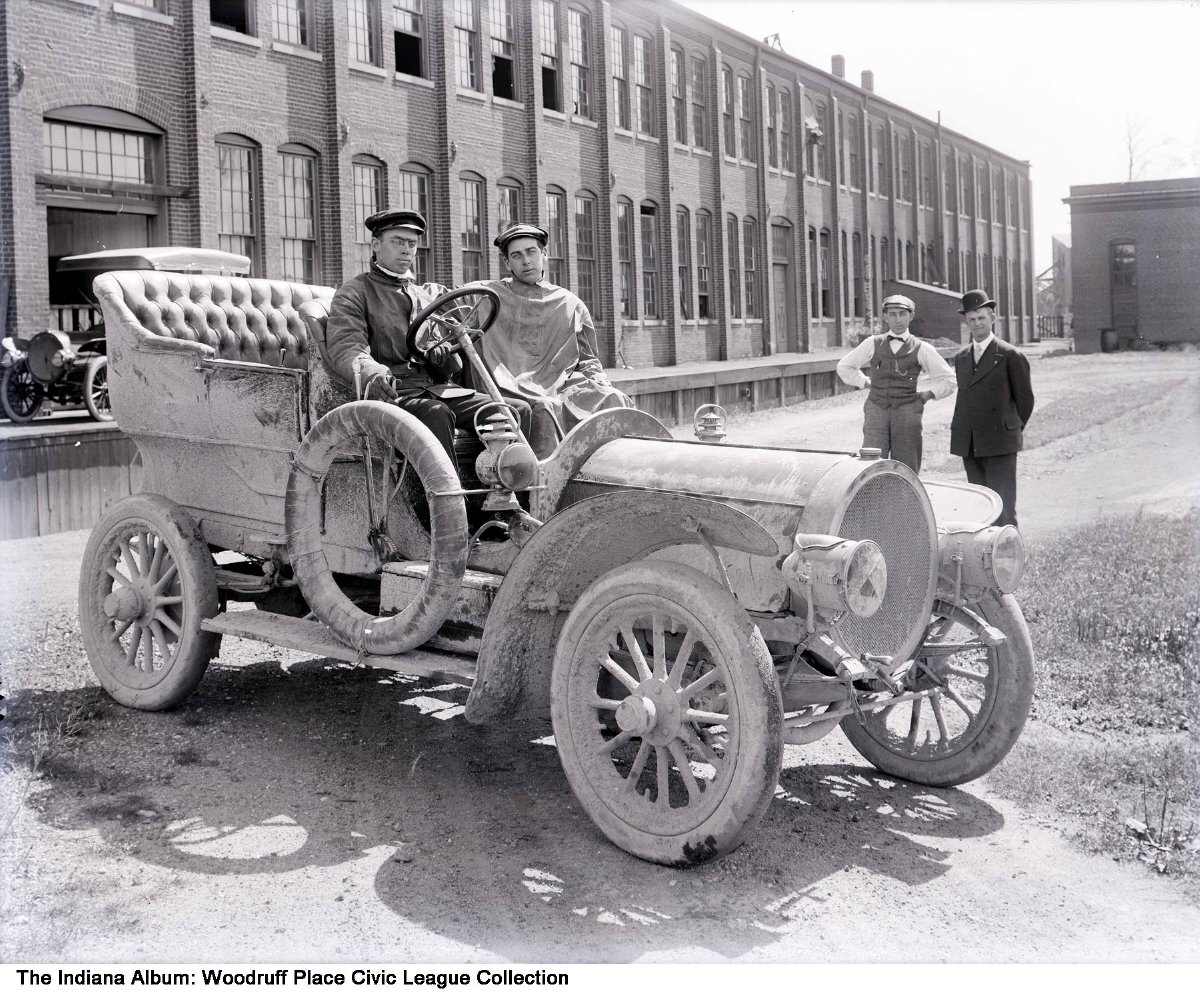 Newby became heavily involved in the promotion of bicycle racing with the construction of the Newby Oval in 1898, a quarter-mile wooden track set on 15 acres near Central Avenue and 30th Street. Herbert Foltz another member of  Zig-Zag served as architect, working with the same athlete who had planned the velodrome at Madison Square Garden. The course featured banked curves, a grandstand, two amphitheaters, and reportedly could hold more than 8,000 spectators. It was considered one of the best velodromes in the country. Among Newby’s other partners in this venture were James A. Allison and Carl G. Fisher, both of whom he later joined in founding the Indianapolis Motor Speedway in 1909. All of them were Zig-Zag Cycling Club members, and they continued their Memorial Day racing tradition with the Indianapolis 500-Mile Race.

By the turn of the century, Newby had redirected his attention to automobiles, founding, with others, the National Motor Vehicle Company, which built first electric, then gasoline-driven cars. In later years, Newby, who never married, became known as the “quiet philanthropist,” giving several hundred thousand dollars without fanfare, primarily for hospitals and higher education, most notably Riley Hospital for Children, Butler Hospital, and Earlham College.

The track for the Indianapolis Motor Speedway was the ...Read More »

Nordyke and Marmon was a mill equipment and automobile ...Read More »

The earliest appearance of the bicycle in Indianapolis was ...Read More »