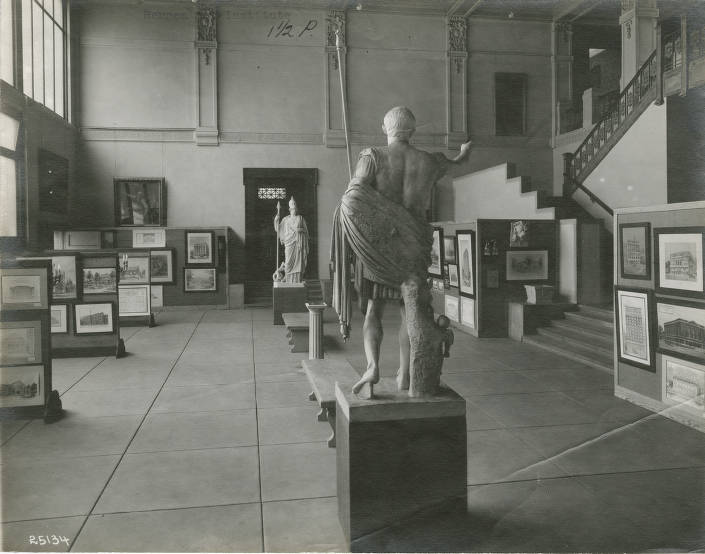 One of the city’s first professional art dealers was Herman Lieber, a printer by profession. In 1854, he opened a stationery and bookbinding store in the city. This business, eventually known as H. Lieber Company, soon expanded to include an art gallery.

In 1885, Lieber’s was the first Indiana venue to display T. C. Steele paintings. The company later held one of the first local exhibitions of the Hoosier Group in 1900. Lieber’s art gallery remained a prominent establishment in Indianapolis until it was closed by its owners in the 1950s.

In 1933, Damien and Carl Lyman opened Lyman’s Fireplace Gallery with an exhibition by William Forsyth. The Fireplace Gallery was an offshoot from Lyman Brothers Art Store, which had been in existence since the turn of the century. The gallery and art store served the city for decades, closing in the early 1980s. Beginning in the 1950s, a contemporary gallery district began to form on the city’s Old Northside. One venue in this area was the 1444 Gallery on North Pennsylvania Street. Formed by a nonprofit group of artists and art patrons in 1957, space was created to encourage the development of contemporary art and design in Indianapolis. The 1444 Gallery displayed and sold designs in various mediums, including oil, sculpture, ceramics, prints, drawings, and watercolors.

New galleries continued to open in the late 1960s. Art dealer Alan Kass established Meridian Art Gallery (also known as Kass/Meridian Gallery) on the ground floor of Buckingham Apartments in Historic Meridian Park in 1967. The venue specialized in universally known and original artwork sold at reasonable prices. Other notable establishments in operation during this period included Wilkings Art Galleries near Monument Circle and Talbot Gallery in Herron-Morton Place. Talbot Gallery was co-owned by Mary Beth Edelson, an artist and future pioneer of the feminist art movement.

By the 1970s, Broad Ripple had fully established its own gallery district in the city. The neighborhood’s popularity with artists and other creative types resulted in several businesses setting up shop in the area throughout the decade. In 1971, Indiana University alums Joan Talesnick and Joanne Chappell relocated their Editions Limited Gallery (established in 1969) from Historic Meridian Park to Broad Ripple. The business was purchased by fellow gallery owner John Mallon in 1987 and moved to its current location in Carmel in 2017.

In 1971, artist Nancy Noel also opened Noël Gallery inside her Broad Ripple home. She sold other artists’ work out of this location before closing the business in the late 1970s. Noël then spent the following decade distributing her own artwork before gaining international fame in the 1990s for her oil paintings of animals, angels, children, African people, and Amish life. 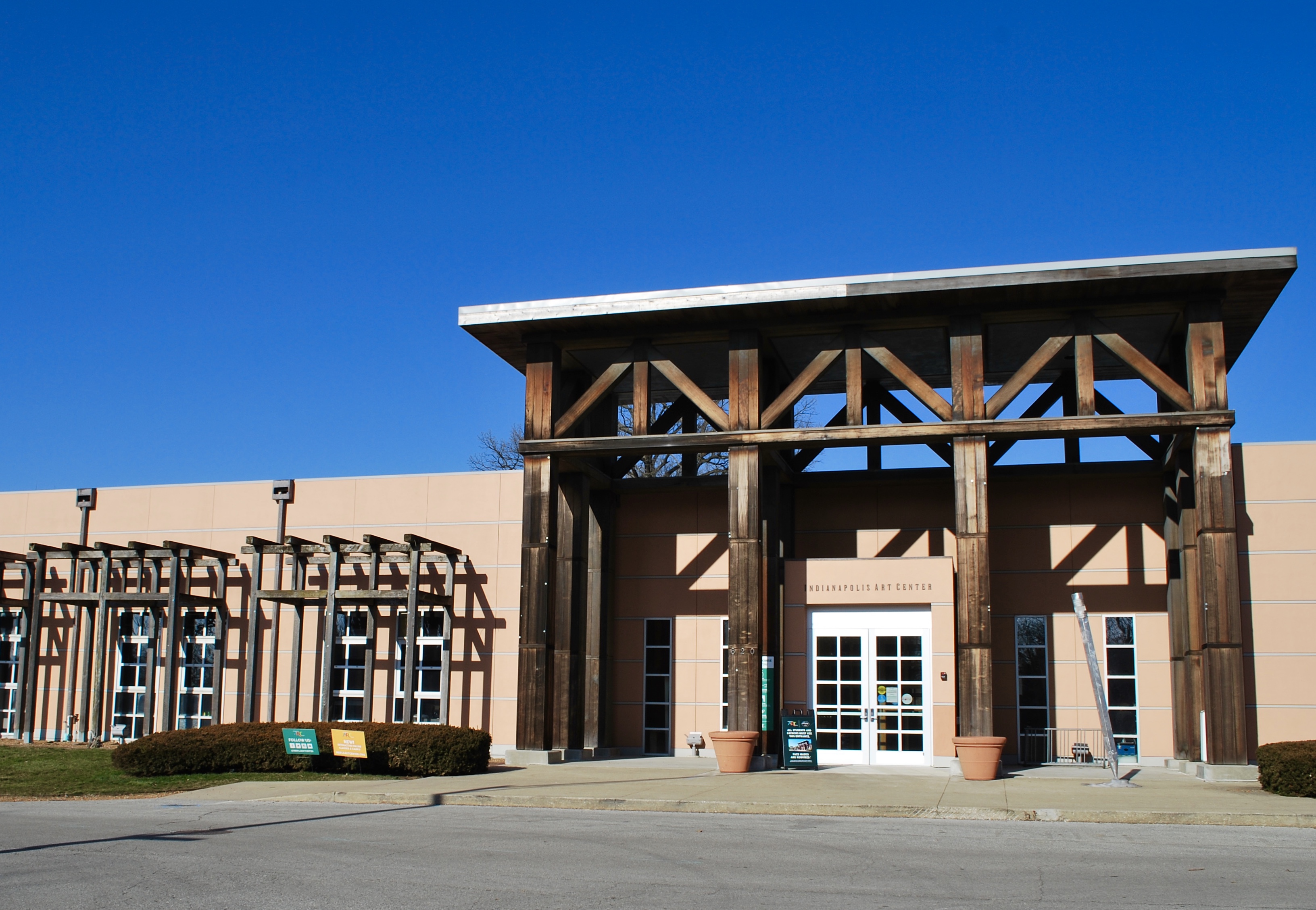 In 1978, Noël Gallery was purchased by the newly formed Center for Creative Arts (CCA), an artist collective originally comprised of members from the Indianapolis Art League (now known as the indianapolis art center) the who wanted to exhibit, promote, and sell their work as a group. Early key figures in the collective were the four founders—Liz Schnieder, Jean Uversaw, Ann Kane, and Tom Thomas—as well as CCA member Elizabeth Schnieder.

CCA Gallery moved to a slightly larger space at 6263 Carrollton Avenue in 1985. After 17 years at this Broad Ripple location, the group relocated to Zionsville in 2002. In 2015, the gallery moved to its current home in the Arts and Design District of Carmel.

Along with Editions Limited Gallery, Noël Gallery, and CCA Gallery, Broad Ripple has served as the home of several other galleries over the past 50 years. Notable examples include Ann Kaplan’s Artifacts Gallery, which is still in operation, as well as former businesses such as Winthrop Gallery and Byron & Sons Gallery. Byron & Sons was best-known for selling works by the Hoosier Group and other well-known Indiana artists.

While the northwest quadrant of Indianapolis has never had a gallery district comparable to Broad Ripple or other areas in the city, it briefly served as the home of art dealer Kit Basquin’s Washington Gallery. Established in Frankfort, Indiana, in 1972, the contemporary art gallery relocated to The Pyramids office complex in 1977. It closed two years later after a long stretch of operating at a loss and following Basquin’s decision to move to Milwaukee, Wisconsin.

Basquin’s financial troubles at her gallery were not unique. Many previous art dealers in Indianapolis, especially those selling contemporary artwork, also had to close their doors after struggling to turn a profit. During the 1970s and 1980s, a common explanation for this problem was the city’s limited number of buyers for contemporary art.

Art dealer Barbara Stokely Harris experienced many of these challenges while operating Lockerbie Gallery, which was established inside a historic photography studio in Lockerbie Square in 1978. The gallery, which often represented local contemporary artists such as James and Katie Cunningham, closed in 1982. 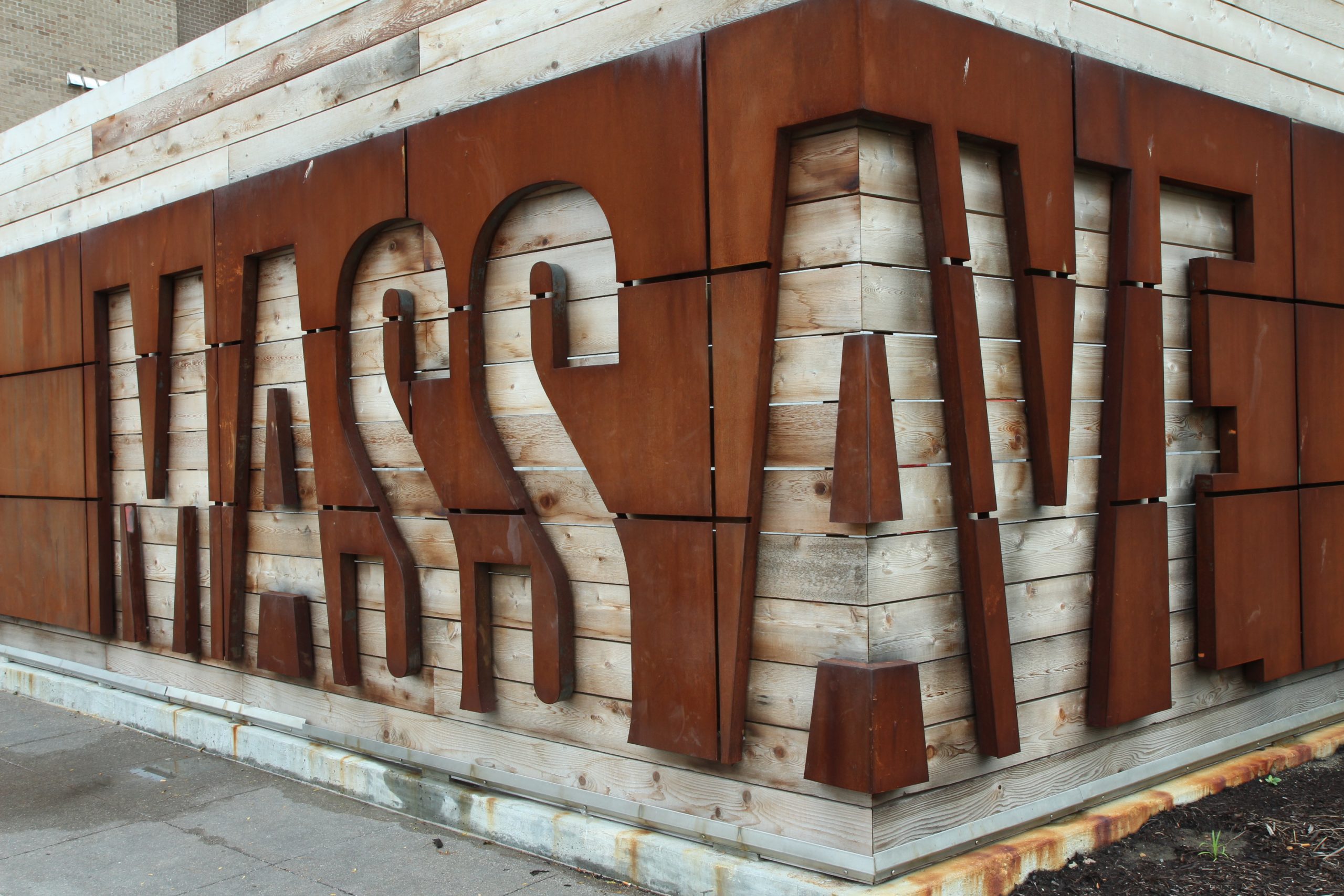 That same year art dealer Patrick King established Patrick King Contemporary Art at 427 Massachusetts Avenue. At the time of the gallery’s opening, Mass Ave was best known for its collection of seedy apartments, dive bars, and dance clubs. The neighborhood appealed to King, however, because of its ample exhibit space and low rents.

Patrick King Contemporary Art signaled the birth of a contemporary downtown gallery district in Indianapolis. Massachusetts Avenue quickly became the heart of this district thanks to a cluster of commercial art galleries that operated in the area between the early 1980s and mid-1990s.

One of these establishments was Cunningham Gallery at 317 Massachusetts Avenue. Artists James and Katie Cunningham opened this studio in 1982 following the closure of Lockerbie Gallery earlier that same year. The couple used the space to sell their own artwork as well as operate a frame shop.

Another popular art dealer in the area was Mark Ruschman. In 1984, he opened Ruschman Gallery at 421 Massachusetts Avenue. It featured works by both local and regional artists.

Ruschman’s neighbor was 431 Gallery. Also established in 1984, 431 was a nonprofit, cooperative art gallery founded by seventeen artists. Most of these artists had recently attended Herron School Of Art And Design and were inspired by their professors to create their own art scene in the city.

The 431 Gallery provided local budding artists a space to experiment and exhibit their work. During the gallery’s nine-year run, more than 70 artists presented exhibitions, including a variety of styles and approaches.

While the Mass Ave galleries operated independently, they often coordinated their showings with each other as well as the larger downtown gallery district. In addition to the establishments listed above, some of the venues that took part in these activities included Ann Huston’s On View Downtown, William Engle’s Atrium Gallery, Thomas Slater’s Galerie Primitif, and Steve and Francine Stollers’ Denouncement Gallery.

Along with providing visitors the opportunity to view and purchase local, regional, national, and international art, the presence of the downtown gallery district contributed to the revitalization of the city’s core. Mass Ave was one of the biggest beneficiaries of this trend as many of the neighborhood’s less reputable establishments were eventually replaced with new luxury apartments, high-end restaurants, and trendy shops.

The original Mass Ave galleries did not survive this transition. By the mid-1990s, higher rents and a limited buying market led the galleries’ owners to relocate to more affordable areas of the city or close their businesses completely. Despite these departures, the downtown gallery district persisted thanks to new establishments that opened in the area in the succeeding years. Notable examples include Jayne During’s Kuaba Gallery (opened in 2001; relocated to Carmel in 2019), Dan Haynes’ Art Bank (opened in 2007), and Rhonda Long-Sharp’s Long-Sharp Gallery (opened its downtown location in 2012).

The downtown gallery district was also supported by the Indianapolis Downtown Artists & Dealers Association (Idada). Founded in 2002, IDADA was a nonprofit, membership-based organization of art galleries, art-related businesses, and artists within a 20-block square of downtown. Its mission was to develop public awareness of the artist and art dealer, encourage strong continuing support of the visual arts, and promote the highest professional standards.

IDADA was best-known for its First Friday Art Tour, a monthly tour of downtown art galleries that was free and open to the public. Despite IDADA’s decision to cease operations in 2017, independent First Friday events continue throughout the city today. 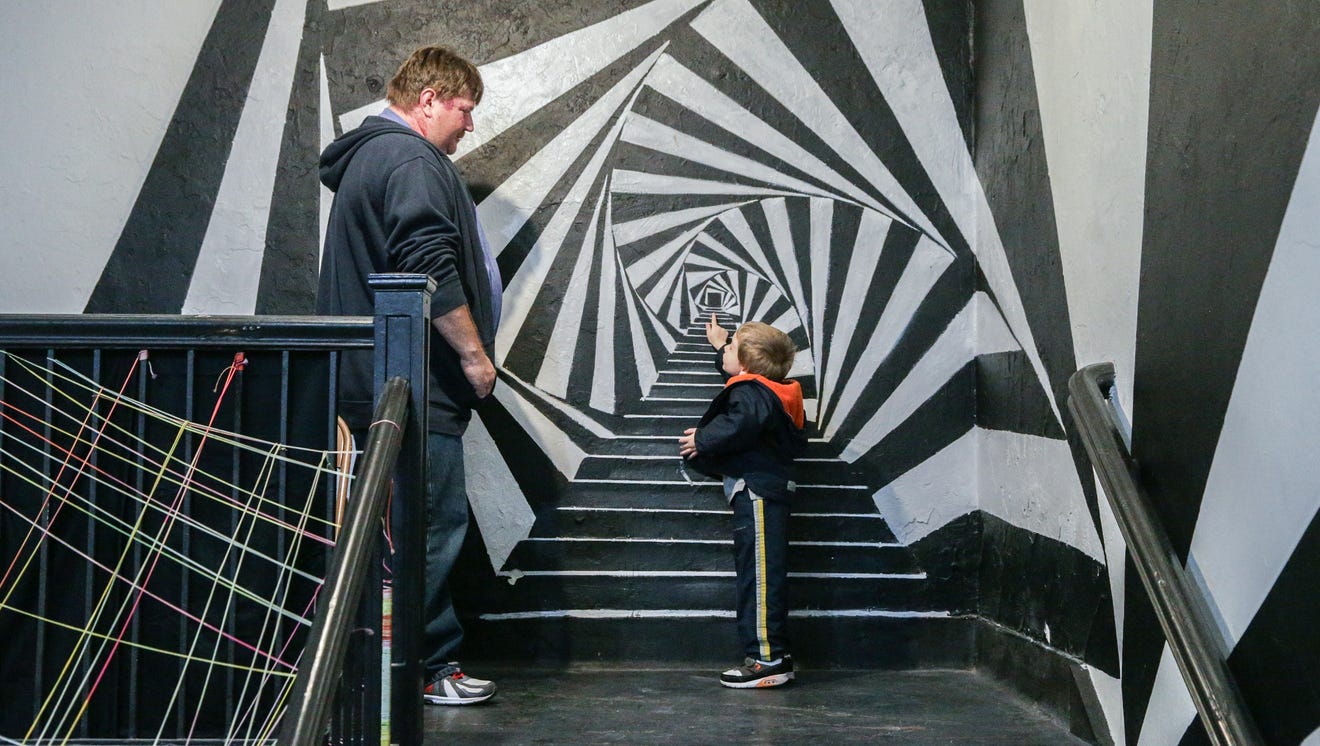 Art centers and nonprofit art organizations foster awareness and appreciation of art in several ways. They provide studio space for artists to create new work, offer art classes, lectures, and workshops to the general public, engage in outreach events that bring art to a larger audience, and host exhibitions and art shows. Some of these organizations also sell work by local, national, and international artists.

Several art centers and nonprofit art organizations opened in Indianapolis between the mid-1990s and early 2000s. They include the Indianapolis Artsgarden, which is owned and operated by the Arts Council Of Indianapolis; Stutz Business And Art Center, which is home to the Stutz Artists Association; Murphy Art Center; Harrison Center; and Big Car. These establishments joined the long-running Indianapolis Art Center in expanding the number of local venues for exhibiting art.

The Great Recession had a major impact on Indianapolis’ art galleries. Between 2008 and 2010, a large number of independently owned galleries and alternative exhibition spaces closed throughout the city as a result of the global economic downturn. One of the most notable closures was Ruschman Gallery, which ceased operations after 25 years (1984-2009).

In 2010, the Arts Council of Indianapolis responded to these losses by establishing Gallery 924. Gallery 924 is a professional exhibit space that offers solo and group shows by contemporary artists. Located inside the Arts Council’s current headquarters (924 N Pennsylvania Street), the gallery’s mission is to enhance the city’s art scene and support the work and the careers of professional artists in Central Indiana. Since its founding, Gallery 924 has served as a supplement (rather than a competitor or replacement) to Indianapolis’ existing galleries and exhibition spaces. 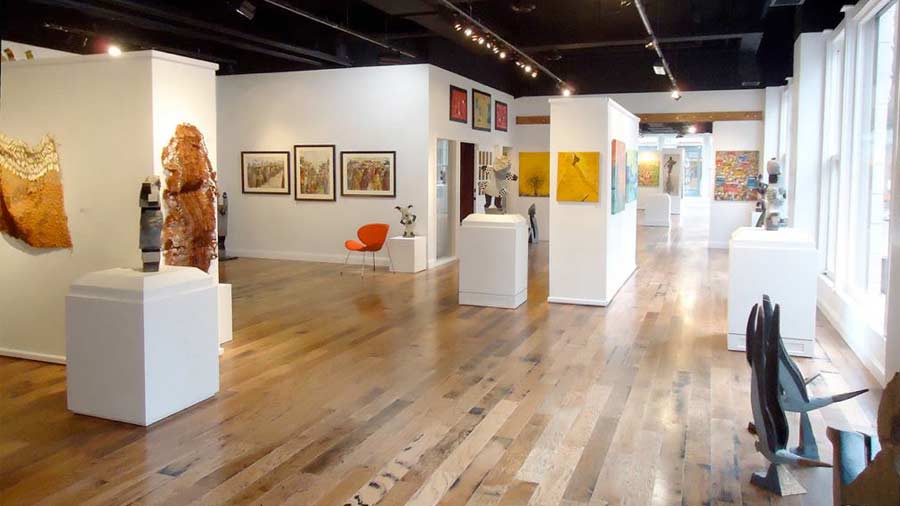 Today, art galleries in Indianapolis are very similar to their predecessors. They include a combination of well-established and short-lived businesses, commercial and nonprofit operations, and exhibited works by local, national, and international artists in numerous styles.

Rather than being in a single area, these galleries are located across the city. Major areas of concentration include Broad Ripple, Near Northside, Downtown, Mass Ave, Fountain Square, Garfield Park Neighborhood, Carmel, and Zionsville.