Indianapolis is home to several different art fairs that are held annually throughout the city.

The Talbot Street Art Fair (TSAF) is the oldest outdoor street fair in Indianapolis.  A group of students from Herron School Of Art initiated the first event on Mother’s Day weekend in 1956 in the Herron-Morton Place neighborhood. Held in an alley on Talbott Street (adjacent to Herron), an estimated 1,500 visitors came to the fair to view and purchase works from 15 exhibitors. It was an immediate success and quickly grew in size. By 1975, TSAF had become a juried event for fine arts and crafts.

Held each June, the Talbot Street Art Fair takes place on Talbot Street between 16th and 20th Streets. This free event features over 200 exhibiting artists from across the country. Live entertainers and a variety of food booths are also part of the fair, which attracts around 60,000 visitors every year.

When Josiah Kirby Lilly Jr. died in May 1966, his children gave his Oldfields property to the Art Association of Indianapolis. On September 9, 1967, the Penrod Society, a philanthropic arts organization established earlier that same year, held its first art fair there, which had just opened to the public as the Lilly Pavillion of Decorative Arts.  Along with the exhibition of local art, this event featured live music as well as food and drink. Proceeds from this first fair, entitled “An Afternoon at Oldfields,” helped construct the Indianapolis Museum of Art (see Newfields).

Since this original gathering, the Penrod Arts Fair has become one of the largest single-day arts fairs in the country. The Penrod Society reports an average attendance of around 20,000. The location has expanded to include multiple sections of Newfields campus, including Oldfields (now commonly referred to as the Lilly House) and the Virginia B. Fairbanks Art and Nature Park. The event features a juried exhibition with hundreds of artists, family activities, and performance stages showcasing live entertainment. The Penrod Arts Fair is the Penrod Society’s biggest fundraiser, with proceeds supporting arts initiatives throughout Indiana.

On May 23, 1971, the first Broad Ripple Art Fair (BRAF) took place on a concrete parking deck beside the Central Canal in Broad Ripple. Cosponsored by the Broad Ripple Village Association (BRVA) and the Indianapolis Art League Foundation (later known as the Indianapolis Art Center), approximately 100 visitors attended this event. Judges selected booth spaces based on originality and design and distributed prizes to the winners. The first fair also featured balloon activities for children and a raffle of local artwork. 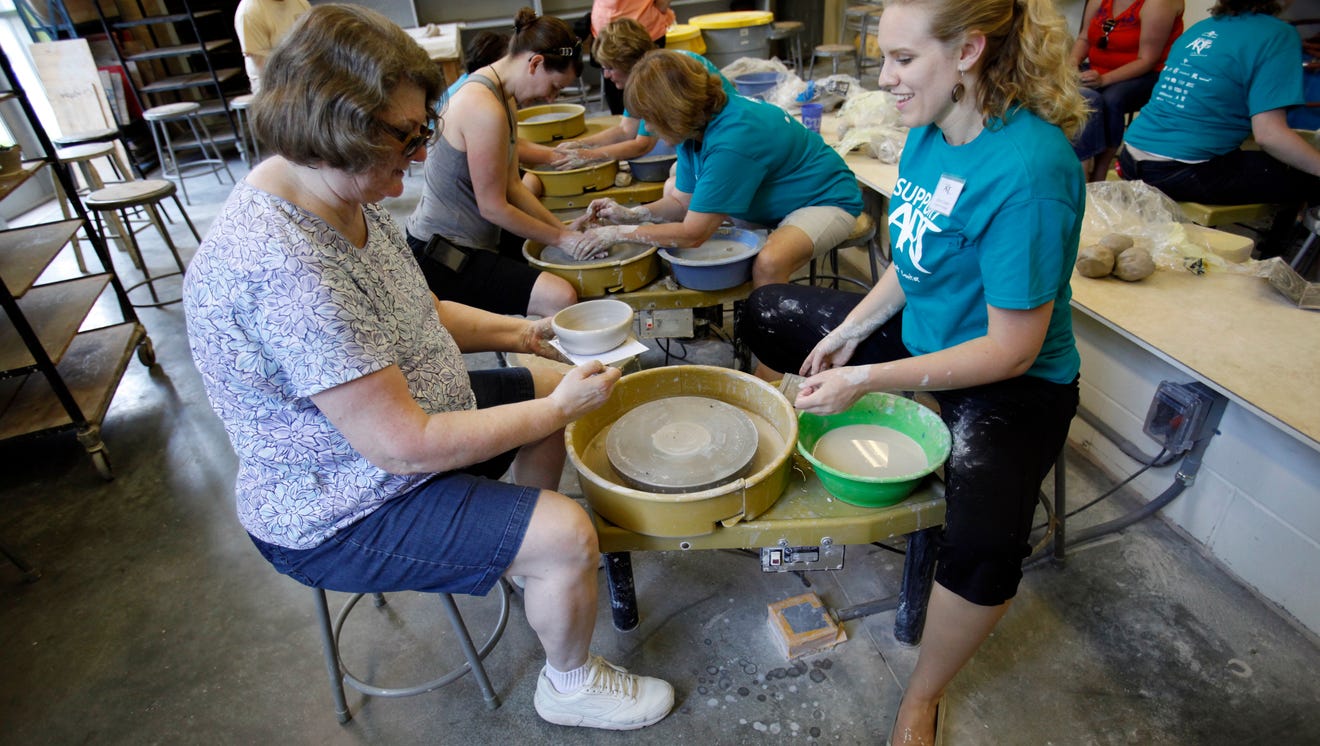 The Broad Ripple Art Fair quickly grew in size, stature, and quality of work. This paid admission event is held annually at the Indianapolis Art Center in May. It attracts an average of 16,000 visitors, who view the fair’s exhibited art, partake in various arts and crafts activities, watch live performances by regional entertainers, and enjoy food from local vendors. BRAF’s proceeds are used to support the Indianapolis Art Center’s year-round classes, exhibitions, lectures, workshops, and outreach departments.

In 1993, the Eiteljorg Museum Of American Indians And Western Art held its first Indian Market and Festival to build support for and interest in Native American arts and cultures. Starting off modestly, this paid admission event has grown to be one of the top Native American art markets in the nation. It takes place annually in June on the weekend after Father’s Day.

Native American artists from more than 60 tribes exhibit their works at the fair, including jewelry, pottery, beadwork, cultural items, basketry, paintings, sculptures, and weavings. Participants are chosen through juried selection, and each artist provides documentation to confirm their state or federally recognized tribal status under the Indian Arts and Crafts Act. Along with showcasing and selling artists’ work, the Eiteljorg Indian Market and Festival features performances from renowned Native American musicians as well as family-friendly cultural demonstrations of Native art, cooking, and storytelling.

Founded in 1997, the Carmel International Arts Festival is one of the city’s signature events. Located in the Carmel Arts & Design District, this two-day, free event features a juried exhibition of over 100 artists from around the world as well as internationally themed performances, activities, and food vendors. Approximately 40,000 visitors attend this festival every September.

Since 2001, the Harrison Center For The Arts has hosted the Independent Music + Art Festival (IMAF). Held annually in June, this free event showcases original works by local musicians, visual artists, and other “independents.” The art fair portion of IMAF is called the INDIEana Handicraft Exchange. This contemporary craft market features a variety of handmade goods from over 100 vendors, including clothing, jewelry, bath and body products, and toys. 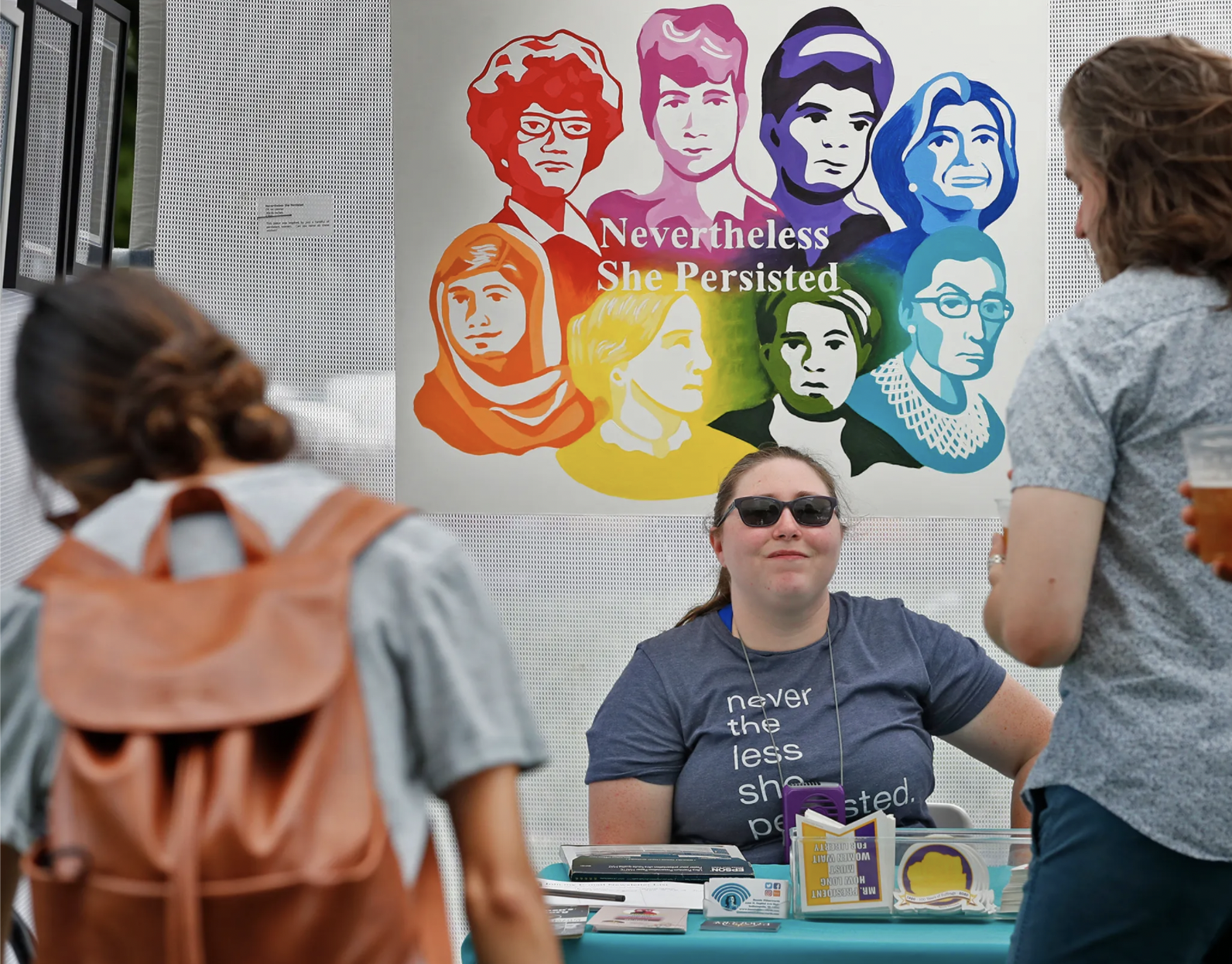 Fountain Square is home to Art Squared, the neighborhood’s free celebration of art and music founded in 2011. The unification of three previously separate gatherings created this event: Fountain Square Art Fair (a festival marketplace for Indiana-based artists), Fountain Square Art Parade (a parade featuring contemporary artwork), and Masterpiece in a Day (an art and writing competition). Art Squared is held annually in September.