Formerly a military arsenal from 1864 to 1903, Arsenal Technical High School opened as a public high school in 1912. Its use as a school began in 1904 when a group of citizens purchased the 75-acre state and federal arsenal grounds on Michigan Avenue to establish a technical training school. The founders dedicated the resulting Winona Agricultural and Technical Institute to education through the mechanical and manual arts, in perpetuity.

When Winona became insolvent in 1909, the Indianapolis Board of School Commissioners sought to purchase the property. Complicated by multiple ownership and the educational restriction, litigation dragged into 1916 when the state Supreme Court finally ruled in favor of the school board. That day, May 22, became known as “Supreme Day” in the subsequent history of Arsenal Technical High School. Commonly known as Tech High School, it was the third city high school in 1916.

While waiting for legal resolution, school officials had opened the school in 1912 under the principalship of Milo Stuart, who was also principal of Manual High School. Stuart and one of the teachers canvassed local elementary schools and obtained promises of enrollment from 219 students. This initial enrollment mushroomed to over 7,000 by 1937, making Arsenal one of the largest high schools in the country. Subsequent students and faculty referred to the energy and dedication that carried the school through those interim years of 1912 to 1916 as the “Tech Spirit.”

Opened as a manual and technical training school, Arsenal Tech’s first classroom building, the Annex, was dedicated to general education rather than vocational subjects. Stuart, author of The Organization Of A Comprehensive High School (1926), sought to create an exemplary modern high school that would be both academic and practical. From 1920 to 1940 Tech developed a reputation for academic excellence as well as vocational opportunity.

In its early years, Tech’s freshman curriculum included English, algebra, ancient history, German, drawing, sewing, woodwork, shop science, Latin, music, and physical education. Throughout the 1920s, the curriculum expanded rapidly. By 1930 there were 242 teachers and 6,000 students in 12 buildings. The curriculum had expanded by 1948 to 413 different subjects, including many in “life adjustment,” a national trend emphasizing general education and social skills. Tech was at the forefront of this innovation, as it had been with vocational education.

In 1962, students voted to change the school’s Greenclads nickname to the Titans. Through 1962, the campus also had included a junior high school. The school moved to Public School No. 101 in September 1963.

Occupying its original site at 1500 East Michigan Street, Tech survived a 2017 initiative by the Indianapolis public schools (IPS) school board to close multiple high schools in the city as enrollments declined from 26,000 in 1969 to around 5,000.  As of 2021, Arsenal Tech offered a variety of academic and vocational courses, including career technical education programs that draw students from around the city to explore a variety of focused occupations.

Arsenal Technical High School campus was placed on the National Register of Historic Places in 1976. A number of 19th-century buildings remain. The Main building, also known as the Arsenal building, served as a storehouse. Wagons pulled up under the seven-story tower and hoisted rifles, cannon, and other military materiel onto wagons.

Built in 1866, the Powder Magazine stored gunpowder and other volatile substances. Barracks, constructed in 1867, housed the detachment of 50 soldiers that staffed the Arsenal. In the 21st century, the building provides facilities for the Junior Reserves Training Corps (JROTC) program. The Civil War-era Barn (renamed Edith Alan Hall in 1995), which stabled military horses, also still stands on the campus. The Colonel’s Cupboard, a public, student-run restaurant, originally served as the West Residence, which was constructed in 1870 to accommodate officers. The Guard House on the property, which was important during the time that the campus served as the U.S. Arsenal, also contains cells that confined military offenders. 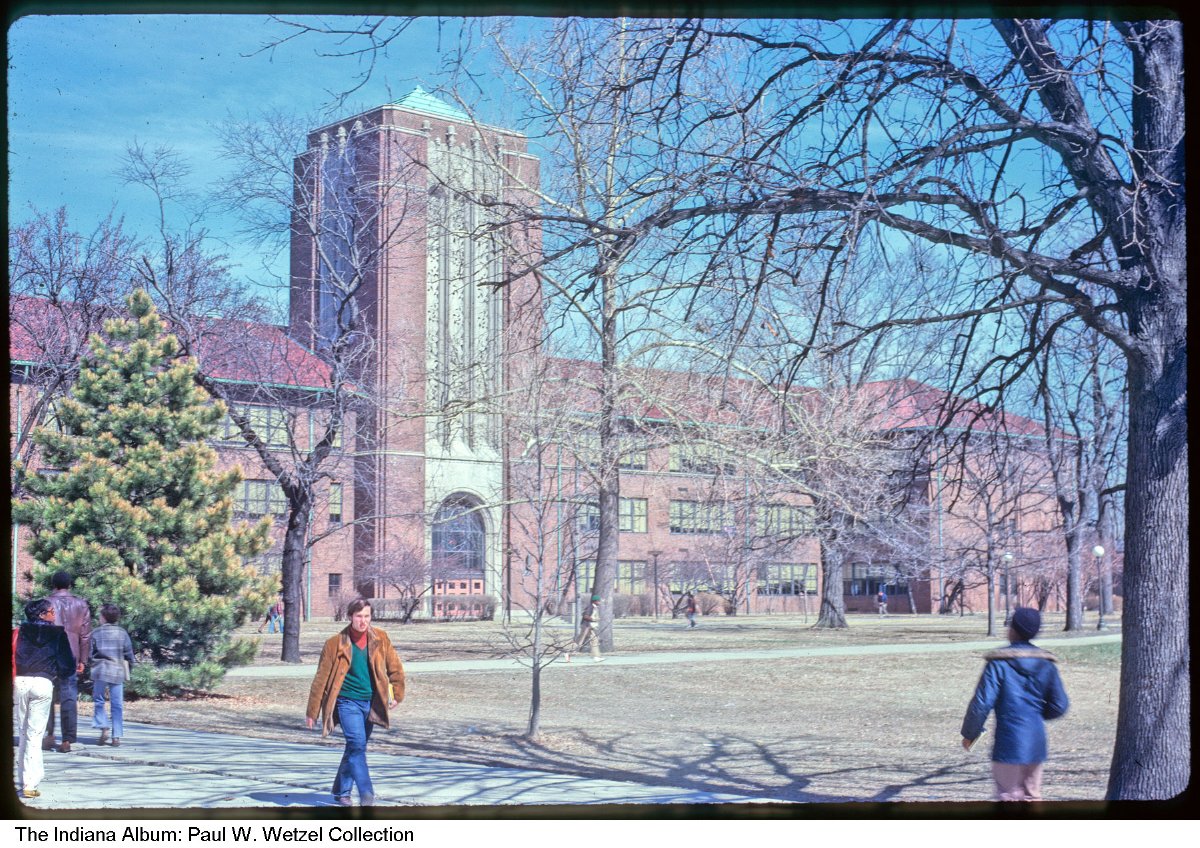 After completion of the first portion of Treadwell Hall, a Power and Shop Building was added to the campus in 1922. Renamed George L. Lone Hall in 1977, the building not only housed the school’s power plant but also vocational classes. The original East Residence was demolished in 1929 to make way for a drive that goes around the northeast and south end of the Main building and then along the north boundary of the property.

Other buildings added during the first half of the 20th century included the Old West Gym (1929), later renamed Reuben D. Behlmer Gymnasium. The gymnasium is one of the oldest gyms still in use in Indiana. Only the Muncie Fieldhouse at Muncie Central High School is older (1928). In 1939, the school added the Wallace Reid Potter Football Field, which was a Works Progress Administration (WPA) project. Milo Stuart Memorial Hall, named for the founder and first principal of Tech, opened in 1949.

During the second half of the 20th century, campus expansion continued. Completed in 1958, DeWitt S. Morgan Hall, named for the second Tech principal (1930-1937), provided additional space for vocational classes. In September 1965, the Cafeteria-Music Building (renamed William F. Moon Music Hall in 1993) opened, replacing the Artillery Building which had provided food service at the school up to that point. Instrumental music moved to the building from Allen Hall, and vocal music moved from Treadwell. After the new structure opened, the old Artillery Building was demolished.

Just after Super Bowl Xlvi in February 2012, the Chase Near Eastside Legacy Center, a multimillion-dollar fitness and educational facility, opened on the Tech campus. A facility of the John H. Boner Community Center (JHBCC), the Chase Legacy Center resulted from a partnership between the JHBCC, IPS, and the National Football League (NFL). The NFL donated $1 million toward the project aimed at establishing programs for youth in the underserved near northside. RATIO served as architect for the center, which includes a full-service fitness facility, media studio, mobile computer lab, educational greenhouse and garden, instructional kitchen and art studio. The facility is a legacy of the school’s centennial as well as Super Bowl XLVI.

One of the nation’s first high schools to ...Read More »

Although Indianapolis was served by several private academies in ...Read More »

The Indiana Reformatory Institution for Women and Girls was ...Read More »