Angie’s List is a consumer ratings company that helps shoppers find the best local service providers through ratings and reviews on over 720 different services from contractors to pet care and health providers. Businesses are rated A-F based on their punctuality, professionalism, price, quality, and overall performance. 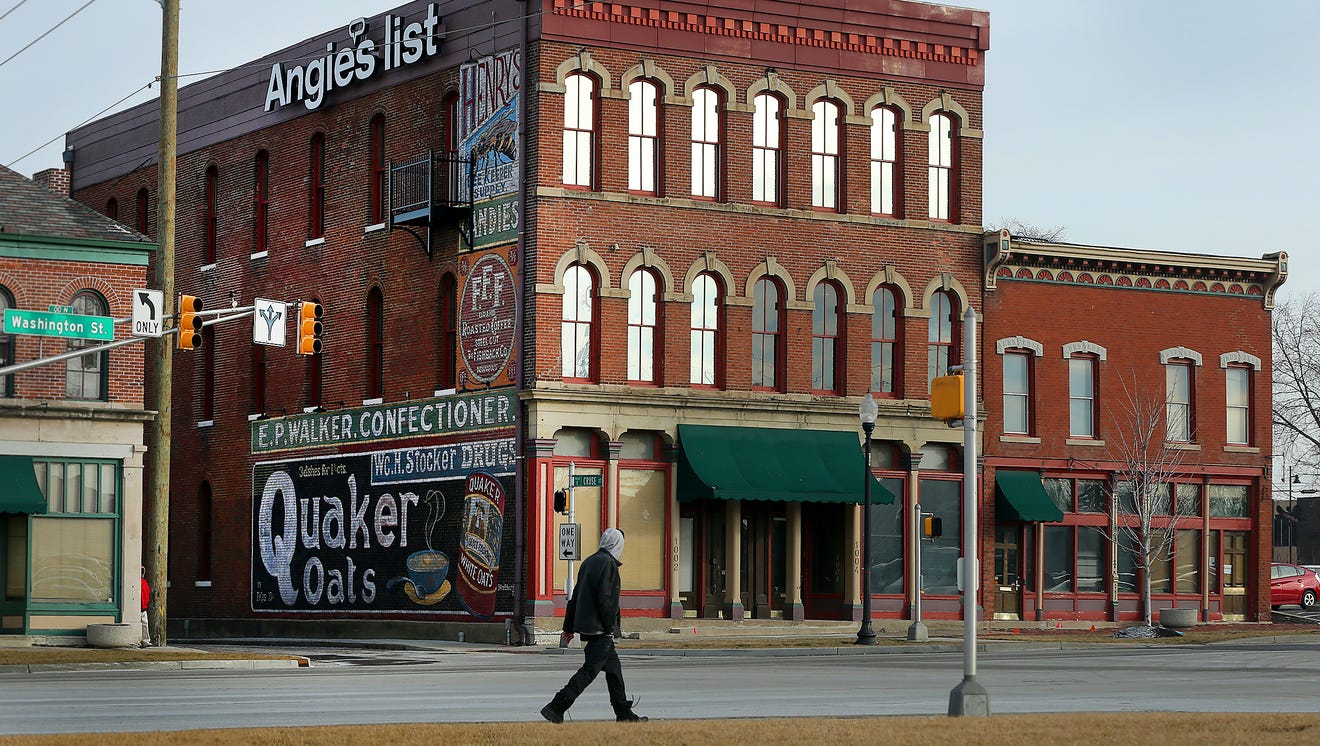 The idea for Angie’s List came from its cofounders, Angela R. Hicks Bowman and William Oesterle. Oesterle, an Indianapolis native was a venture capitalist at CID Equity Partners in Columbus, Ohio. He had difficulty finding a reliable construction contractor for the renovation of his home. The process proved frustratingly difficult, with no way of knowing if a contractor was a good choice. He recalled the usefulness of the Indianapolis rating service, Unified Neighbors, and decided a similar service was needed in Columbus.

In 1995, Oesterle brought in Hicks, who had been an intern earlier and had just finished her degree in economics at DePauw University, to run the new company, which was called Columbus Neighbors. The company started as a magazine and call-in service that helped consumers know who to hire and who to avoid. It was a slow start, with Hicks going door to door to sign up potential customers for the paid subscription service that allowed subscribers to access reviews and ratings of local contractors. 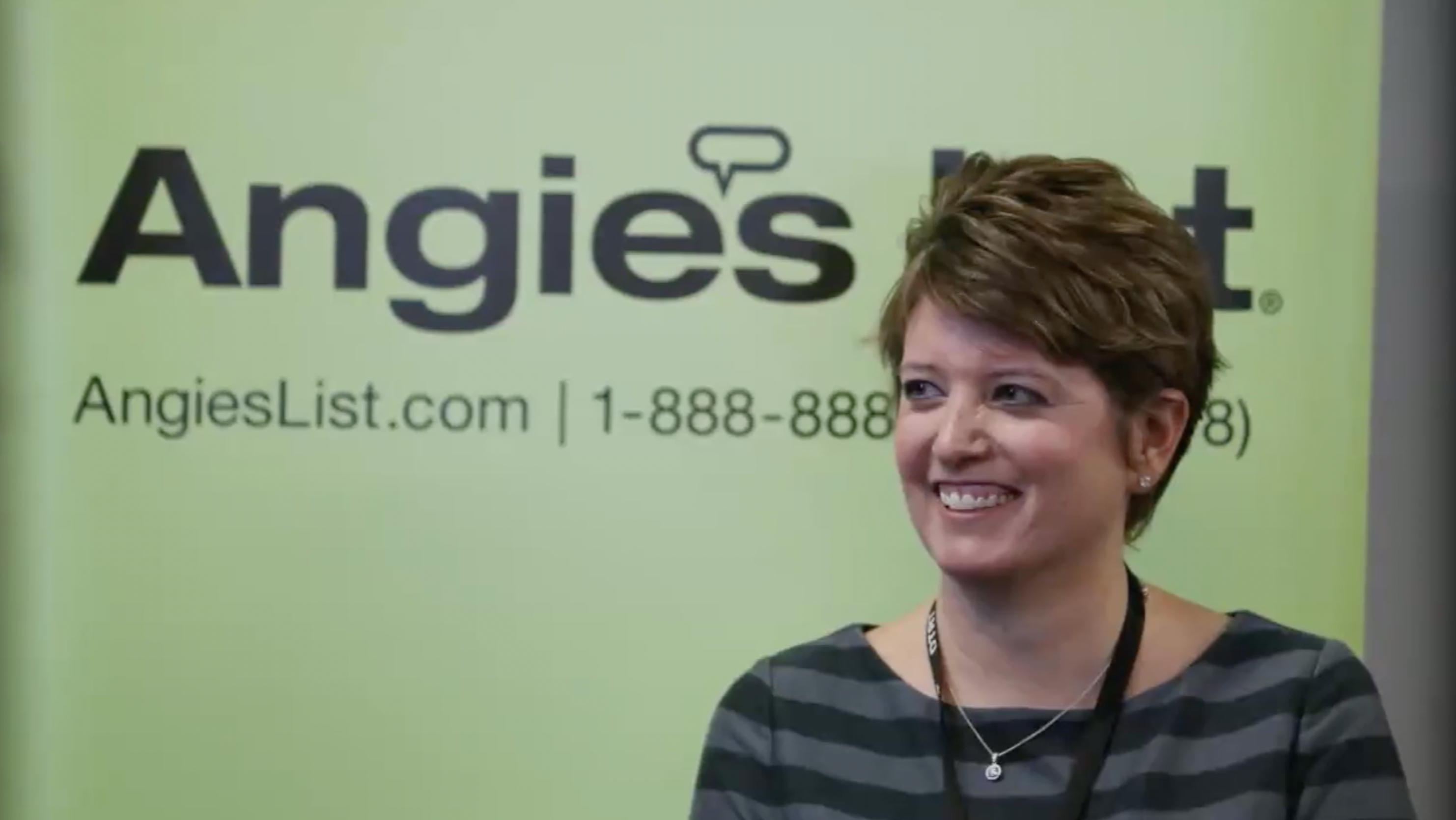 The next year was a time of growth and change for the fledgling company. Hicks recruited over 1,000 members in one year, growing the Columbus Neighbor’s subscriber list to 1,500 by spring of 1996.  She had proven both the company’s worth and hers, and the company was renamed Angie’s List. Later in 1996 Oesterle secured investment capital funds to buy out Unified Neighbors in Indianapolis and merged the two companies, taking on United Neighbor’s 5,000 members. Indianapolis became the company’s headquarters.

Angie’s List continued to grow into the late 1990s, branching out to cover several new locations. The biggest change, however, came in 1999 with the rollout of the company’s new website, Angieslist.com. Subscribers could now access reviews online in addition to phoning in. This same year, Hicks enrolled at Harvard Business School and Oesterle took over her role as CEO.

Angie’s List had substantial growth during the first decade of the 21st century. The company moved to 1030 E. Washington St. in the Holy Cross neighborhood on the near eastside in 2000. At the time, the historic area needed revitalization, and Angie’s List provided the anchor needed to jump-start the process. The campus would eventually include 25 buildings, 1,000 parking spaces, and 190,000 square feet of office space.

The next decade would prove a mix of both growth and uncertainty. Angie’s List went public on November 17, 2011, raising $114 million in capital. Two years later, it hit 2 million subscribers. By 2015, Angie’s List had 3 million subscribers, 2000 employees, and covered over 200 markets. This was also the first year the company brought in a profit since its founding.

With so much success, plans were laid for a $40 million expansion to the Angie’s List headquarters, which would have resulted in over 1,000 new jobs. The expansion never came to fruition. Angie’s List pulled its plans in protest of Indiana’s religious freedom restoration act (rfra), which allowed companies or individuals to refuse actions that impose a “substantial burden” on their religious beliefs. Angie’s List criticized the new law as discriminatory against the LGBTQ community.

Angie's List CEO Bill Oesterle called a news conference on March 28, 2015 to announce that the company was pulling out of a development deal with Indianapolis due to Indiana's passage of the Religious Freedom Restoration Act (RFRA).
Credit: Charlie Nye / The Star, Charlie Nye / The Star, Indianapolis Star via Imagn Content Services, LLC
View Source

Angie’s List dealt with several lawsuits during the 2010s. In 2014, the company was accused of automatically renewing subscriber rates at a higher price without their consent. It settled the lawsuit for $2.8 million. In 2015, Angie’s List was charged with manipulating consumer reviews to encourage service providers to spend more money on advertising. Several former employees of Angie’s List filed lawsuits against the company in 2016. The employees alleged that Angie’s List willfully withheld overtime pay for the extra hours they worked.

Angie’s List peaked in 2015. The company soon found it difficult to compete with other websites that provided customer reviews for free, and it struggled to grow its subscriber base. To rectify this, Angie’s List added a new free subscription tier in 2016, but it did little to alleviate the situation.

Following the merger, IAC moved the company headquarters to Colorado, resulting in the loss of hundreds of jobs in Indianapolis. In addition, Angie’s List left its 17.5-acre eastside campus and relocated to smaller offices at 130 E. Washington St. ANGI HomeServices, Inc. sold the property in February 2018 to an investment group headed by William Oesterle.

Under its new parentage, Angie’s List began to grow once again. By 2020, the company had over 6 million subscribers across the nation and boasted over 60,000 new reviews submitted each month.

Angie’s List retired its name on March 17, 2021, remarketing itself as simply Angi. The company’s owner, ANGI Homeservices changed its name to Angi Inc. The rebranding highlights that the company owns other housing-related services, notably HomeAdvisor and gig employer Handy. The company has evolved from a place where consumers review housing-related service providers to a platform that offers an easy way to find, book, and pay contractors.

The company was headquartered on East Washington Street in the Holy Cross neighborhood from 2000 to 2018.