In 1968 Indianapolis native Ronald D. Palamara teamed with fellow Purdue professors Albert R. Sadaka and J. Melvin Ebbert to found the computer services firm Anacomp (analyze and compute). The firm grew rapidly through expansion and takeover of other companies, and by 1972 it specialized in micrographics (the conversion of computer data to microfilm or microfiche) and computer services for financial institutions and government agencies. 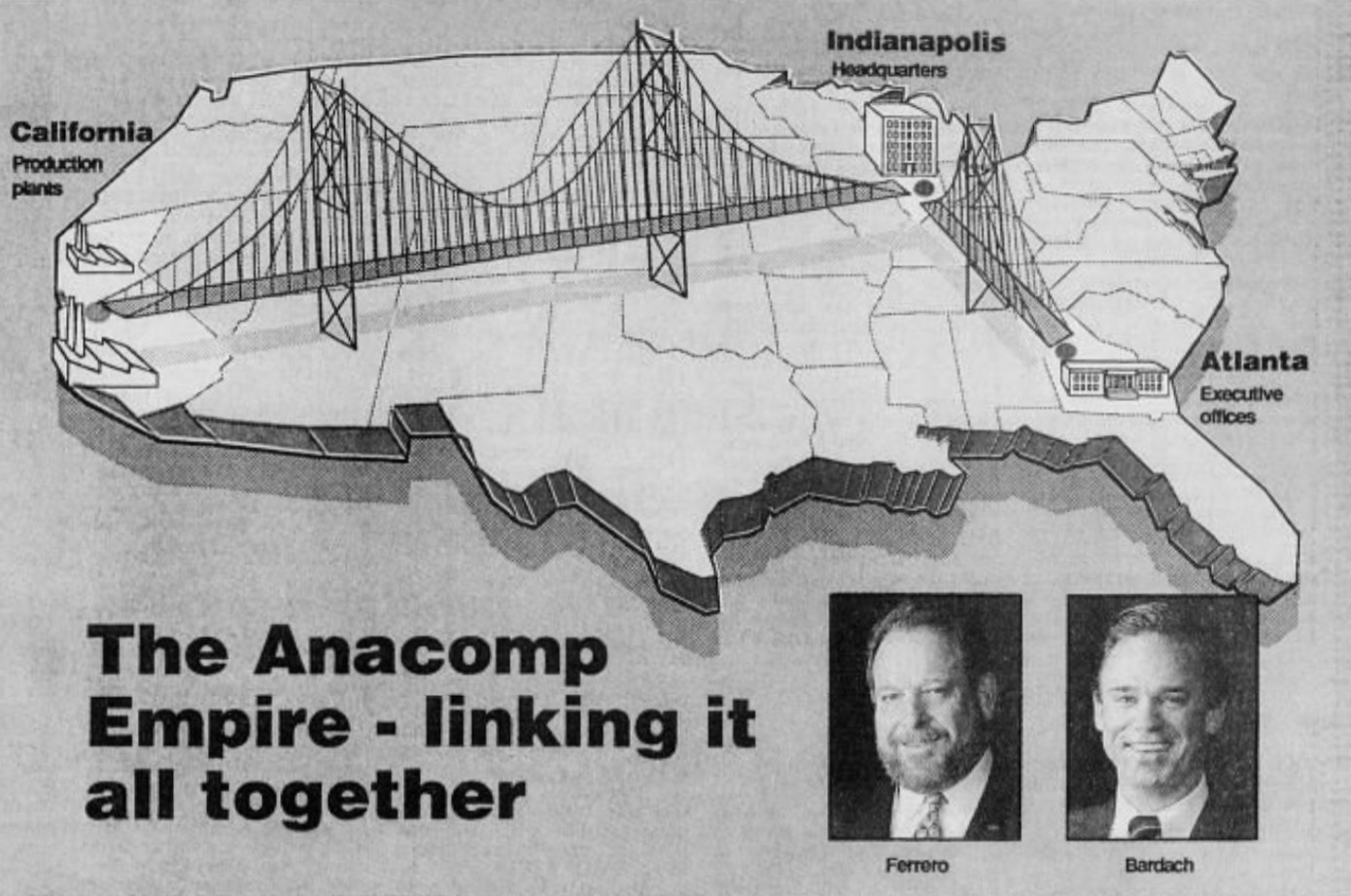 Under Palamara’s leadership, Anacomp grew from 1978 sales of $23.4 million to 1982 sales of $109.7 million. Reversals came in 1983 and 1984 with combined losses of $120 million before the company turned a small profit in 1985. With Palamara’s death in January 1985, Anacomp maintained its headquarters in Carmel but shifted its base of operations to Atlanta. The firm retained its profitable micrographics division but sold its unprofitable or unrelated subsidiaries including real estate, software development, and television station wxin (Channel 59).

Two 1987 acquisitions tripled Anacomp’s size. However, the $372 million purchase in 1988 of California-based Xidex Corp., manufacturer of microfilm and computer discs, resulted in a loss of $170 million in 1989 and nearly drove the company into bankruptcy before it rebounded to fend off a hostile takeover the next year. In 1991 a key Anacomp official paid a monetary penalty without admitting or denying allegations of insider trading concerning the 1988 Xidex acquisition.

Revenues for 1992 were $629 million, with international business accounting for almost a third. By 1993 Anacomp operated 50 COM (computer output to microfilm) centers nationwide and produced microfiche and microfilm readers, employing some 4,500 people, with about 250 located in metropolitan Indianapolis.

Newer technologies and high debt from acquiring smaller companies caused the company to founder. It filed for Chapter 11 bankruptcy in 1996. In 1997, company officials announced that its headquarters would move to San Diego, California, in 1998. Subsequently, it moved to Chantilly, Virginia, undertaking federal records management.