Published in Winfield, Kansas, from 1879, the American Nonconformist,  a People’s (Populist) Party newspaper, moved in June 1892 to Indianapolis under the ownership of the Vincent Brothers Publishing Company. The party arranged to move the paper after the Indiana branch of the People’s party organized in July 1891, and the party’s executive committee met in Indianapolis that November. The paper had numerous owners but always retained its Populist stand. Leroy Templeton, People’s Party gubernatorial candidate in 1892 and part owner of the paper since 1893, became its sole owner in April 1895, and continued publishing the Nonconformist until its demise in 1896. 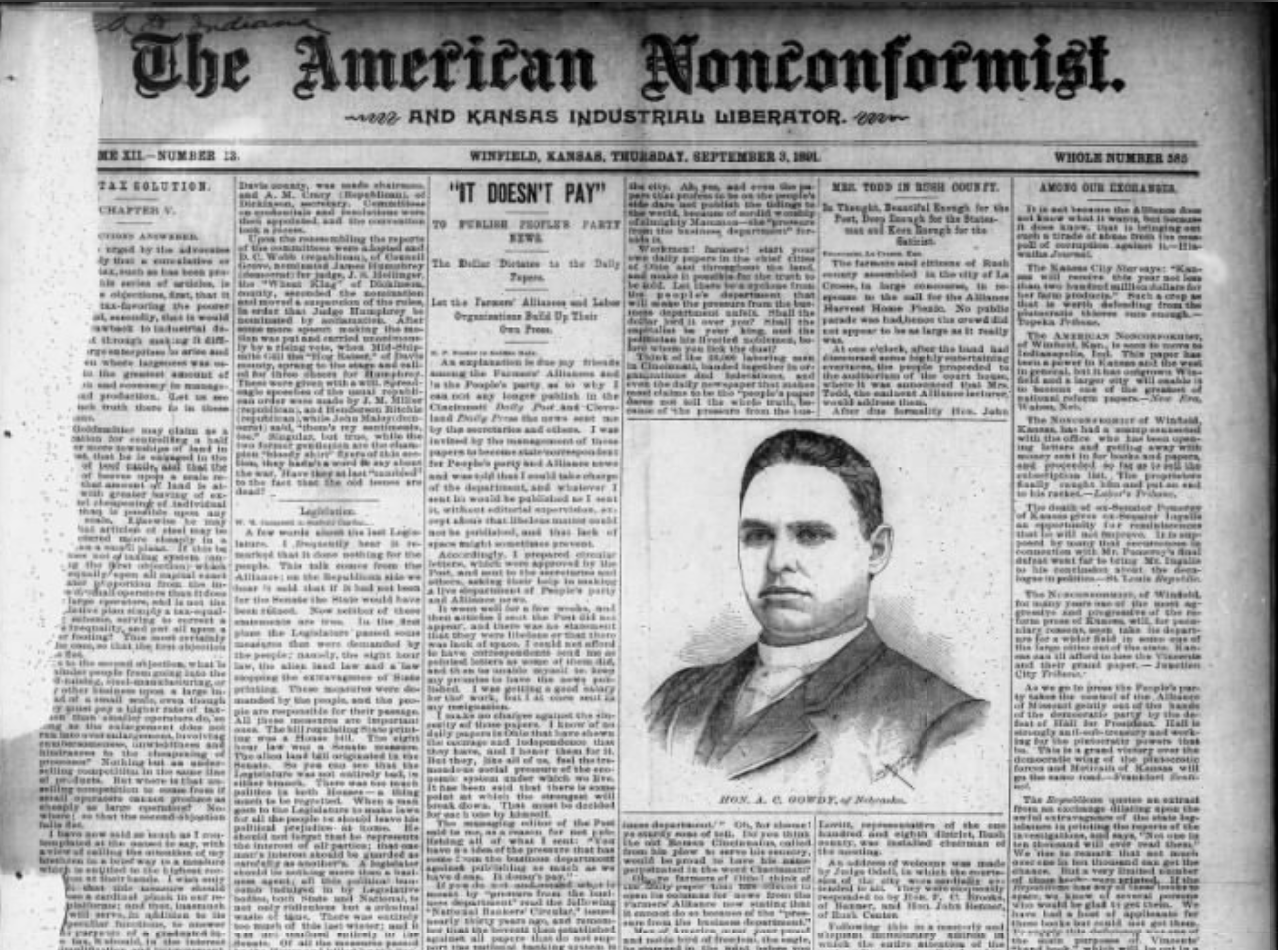 The Nonconformist proclaimed itself to be “A Weekly Journal Devoted to the Interests of the Wealth Producing Classes” and followed the “principles advocated by the People’s Party.” The eight-page paper included national and state-level news pertaining to the People’s Party and other related groups. It contained regular columns on farming and dairy production, women’s interests, and featured excerpts from other Populist papers. In later years the Nonconformist included more state and local items as its readership became less regional. In 1893 and 1894 the paper sent a special correspondent to Washington, D.C., to cover congressional sessions.

As the Populist party lost supporters so did the Nonconformist. Although it previously had a circulation of 20,000, the paper in 1895 estimated its readership at approximately 5,000. Within a year the Nonconformist ceased publication.