Formerly known as the Indiana Civil Liberties Union, the Indiana branch of the American Civil Liberties Union, or ACLU, is a private, nonprofit organization concerned with issues related to the Bill of Rights. The history of the organization in Indianapolis began in 1922 when ACLU cofounder Roger Baldwin made his way to the Indianapolis Athenaeum to speak on “Free Speech and the Reds” during one of his national tours. 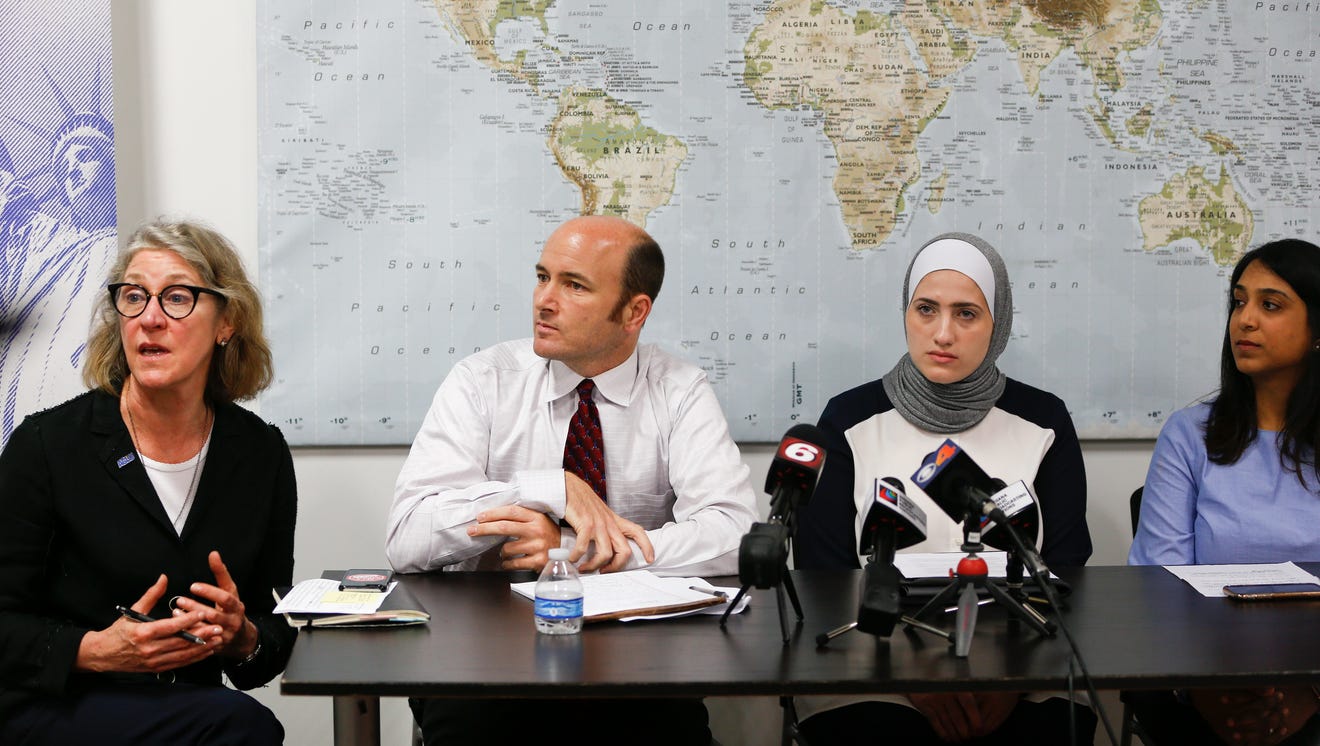 Baldwin also frequently wrote letters to the editor of the Indianapolis Star, criticizing its published contempt of the Union. Throughout the 1920s and 1930s, the newspaper carried many back-and-forth editorials and opinion pieces between Baldwin and other ACLU representatives and the representatives of the Indianapolis-based veterans’ organization, the American Legion. The Legion accused the ACLU of secretly being a communist organization, while the ACLU tirelessly attempted to explain that demanding constitutionally guaranteed civil rights was not a radicalization or perversion of American ideals. At one point the ACLU flooded downtown Indianapolis streets with flyers, urging Hoosiers to fight for their civil rights. Baldwin made several stops to speak in Indianapolis throughout the 1920s and 1930s but never for an official chapter of the Union.

By the early 1950s, growing concern over Communist influence in the United States led to a meteoric rise in popularity of Republican U.S. Senator Joseph McCarthy of Minnesota. He alleged falsely that the government was sheltering communists and demanded that they be removed. McCarthyism, as it came to be known, led to a frenzy of investigations in places of employment, especially government employment, to ferret out these “subversives,” resulting in employment blacklists across a number of professional fields. It was at the height of this Red Scare in 1953 that an official chapter in Indianapolis began.

For the original organizers, attorney Alan T. Nolan and dentist Robert Risk, the constant intrusions into privacy and questions concerning American loyalties were too much. The two began to organize an official Civil Liberties Union Indiana Chapter along with other notable attorneys, like Merle Miller and Irving Fink, and hundreds of professors and medical professionals.

For the first official meeting to discuss opening an ACLU chapter, the 540-seat auditorium in the Indiana War Memorial was booked for November 20, 1953, with ACLU national director, attorney Arthur Garfield Hays, invited to speak. Hays had been involved in such prominent cases as the trial of the Scottsboro nine (1931), in which Black teenagers were falsely convicted of rape, and the Scopes Monkey Trial (1925) of a Tennessee instructor for teaching the science of human evolution. By the time that the Indiana chapter was organized, however, Hays was best known for his efforts to free Ethel and Julius Rosenberg, who were convicted of spying for the Soviet Union.

Reverend Victor L. Gossens of St. Mary’s Catholic Church in downtown Indianapolis offered the parish’s Family Social Center to hold the meeting. Although Gossens did not intend to take a side but rather felt it was the right thing to do, his action led Archbishop Paul Clarence Schulte to declare a week later that all secular group requests to use archdiocese property need to be approved through the chancellor of the archdiocese. The entire episode captured national attention on a nightly episode of Edward Murrow’s See it Now program on CBS.

The meeting went as planned, and the Indiana Civil Liberties Union was incorporated officially in 1954. The Union’s ban from the War Memorial, however, went on for the next 20 years. Denied formally in 1957 and 1962, the Union finally filed suit in federal district court against the Indiana War Memorials Commission in 1972.

The district court upheld the Commissions’ ban, but the victory was short-lived. The federal court of appeals reversed the decision in February 1973, holding that the Commission was arbitrary in its denial of the ICLU’s use of the memorial in violation of equal protection under Indiana’s Constitution. The Commission petitioned the Indiana Supreme Court for certiorari (a writ or order by which a higher court reviews the decision of a lower court), but it was denied in October 1973.

The ICLU became the first ACLU affiliate in the country to have an LGBTQ task force in the 1980s, and it helped to overturn the 1984 Indianapolis city ordinance against pornography (see American Booksellers Association, Inc. v. Hudnut). The ICLU also was instrumental in a 30-year lawsuit against Marion County for constitutional violations at the Marion County Jail.

In 2006, the Indiana Civil Liberties Union officially changed its name to the American Civil Liberties Union of Indiana to identify more clearly that it is the state’s affiliate of the organization and to signify its engagement in the “national-level struggle to defend civil liberties.” The ICLU’s most recent work has led to preserving women’s reproductive rights and legalizing gay marriage in Indiana.