The Alpha Home for Aged Colored Women was founded by Eliza Goff, a housekeeper, and former enslaved person, as a place of refuge and care for the elderly and infirmed African American women with no families or means of caring for themselves. In 1883, Goff started the Alpha Home Association and served as its first president. Her employer, Pauline Merritt, provided land and a two-story house on Oak Hill (Darwin Street) for Goff to establish the nursing home. The Alpha Home Association filed its articles of association in March 1886, and the home began operating in July 1886. Several of the facility’s first residents were once enslaved. Some were over 100 years old, including Keziah Pierce, who lived at the home until 1895 where she died at the age of 123. 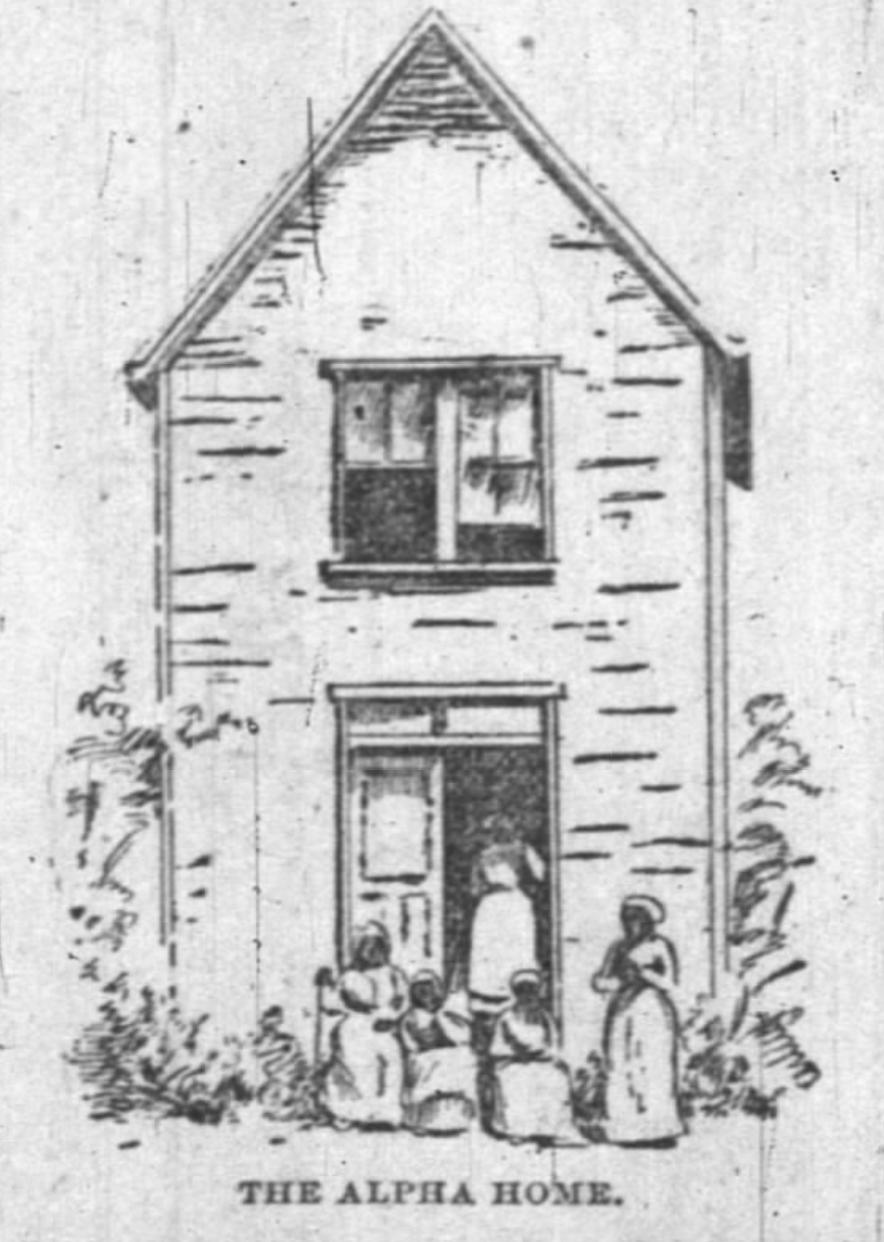 The home operated with money from private donors including Madam C. J. Walker, the first African American woman millionaire. When Madam Walker died in 1919, she left $5,000 to the home in her will. Numerous fundraising events included a benefit concert at Ninth Presbyterian Church in November 1892, a cantata hosted at Bethel A.M.E. Church in April 1897, and a dinner sponsored by the Major Taylor Bicycle Club in October 1898 at the home of Mrs. S. A. Coleman. For a short period, the Alpha Home also received a minimal amount of monetary support from the county. However, this was stopped by the state legislature.

In 1909, Atlanta University (Clark-Atlanta University) published a report edited by W. E. B. DuBois, “Efforts for Social Betterment among Negro Americans: Report of a Social Study Made by Atlanta University under the Patronage of the Trustees of the John F. Slater Fund.” The Alpha Home was one of several institutions included in the study.

A year later in 1910, fire damaged the Alpha Home.  Although the Alpha Home was repaired, a more stable and safer facility eventually was needed. The organization moved to 1840 Boulevard Place in 1914.

In 1928, the Alpha Home began caring for both men and women. Notable Alpha Home board members included: Lillian Childress Hall, of the Indianapolis Public Library; Lionel F. Artis, assistant executive secretary of the Senate avenue ymca and manager of Lockefield Gardens; and Paul S. Partlow, past president of the Metropolitan Indianapolis Board of Realtors and former member of the Indiana House of Representatives.

The Alpha Home hosted numerous activities and events for both its residents and the public including a health fair, tea, an annual picnic, and the Holiday Craft and Gift Open House.

In May 1970, construction began on a new building for the Alpha Home on 19th Street and Senate Avenue. The new building was completed in 1971, where the organization resided for 20 years. The Alpha Home sold its Senate Avenue property to Methodist Hospital and expanded its operations on Cold Spring Road near Marian University in 1992.

Women have founded and volunteered for a wide range ...Read More »