Stephen Goldsmith became mayor of Indianapolis in January 1992 with an expressed vision to create a “competitive city with safe streets, strong neighborhoods, and a thriving economy.” These pledges came in the face of a structural budget shortfall, an infrastructure deficit that the Indianapolis Chamber Of Commerce calculated at $1 billion dollars, unfunded economic development and pension liabilities of another $300 million, and property taxes higher and therefore less competitive than those in neighboring counties. 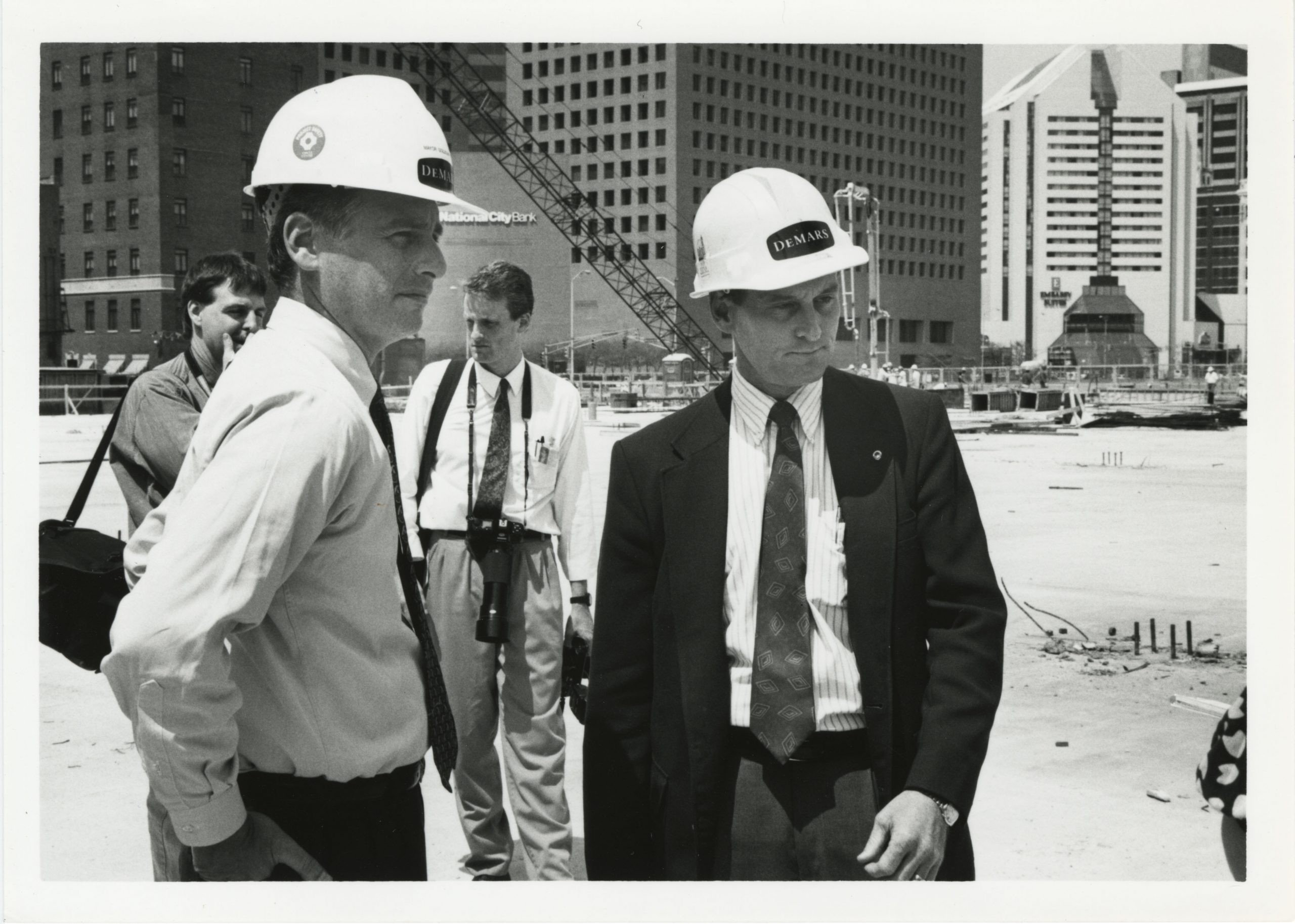 The core of the Goldsmith Administration effort was “Building Better Neighborhoods,” a comprehensive effort to lift all the city’s neighborhoods, especially ones most affected by poverty and neglected in the previous decades. To fund the more than $1.3 billion that was proposed for investment in the neighborhood and infrastructure effort, the city launched myriad operational changes as well as the country’s most sweeping set of public-private partnerships.

Taken together, these actions produced the necessary funds while reducing property taxes four times, holding the line on income taxes, and reducing the percentage of the city’s budget allocated to debt service. Core to the operational improvements was the SELTIC Commission–the Service, Efficiency, and Lower Taxes for Indianapolis Commission, staffed by 9 local entrepreneurs and 100 public and private-sector volunteers that identified more than 60 areas of potential cost savings and service improvement.

According to an evaluation the Baltimore-based Annie E. Casey Foundation offered, “Mayor Goldsmith’s ambitious and innovative reforms have helped revitalize the core of the city, cultivated neighborhood empowerment, fostered an environment that attracts businesses and growth, and significantly reduced costs of providing municipal services.” The efforts resulted in dozens of awards from national and international organizations. In 1995, Governing Magazine named Goldsmith Public Official of the Year, and Financial World identified Indianapolis as one of the 10 best-managed cities in the United States.

The Goldsmith two terms, however, featured more than just efficiency and better operations. They rested on model collaborations with community-based organizations, neighborhood associations, businesses, philanthropists, and faith-based entities in order to improve the quality of city life.

Neighborhood partnerships were designed to increase opportunity, create hope for those in hard-pressed places, and included dozens of initiatives—among them the nationally recognized Front Porch Alliance. This Alliance recognized the importance of community and faith organizations and a new city office under that name helped create and implement hundreds of partnerships that supported the physical and social infrastructure of neighborhoods, at times to mixed success.

In addition, during these eight years, the administration also created the Neighborhood Empowerment Initiative, the Indianapolis Neighborhood Resource Center to train community leaders, the African American Male Commission, and a broad range of results-based programs to recruit and train struggling city residents for construction, technology, and manufacturing jobs. In addition, the city incorporated changes in its contract and procurement processes that allowed it to reach dramatically higher and record levels of minority and women-owned business contracting.

During these eight years, the Goldsmith Administration developed and implemented a plan for Downtown Development that included integrated major efforts with physically and programmatically linked initiatives around hospitality, residential, cultural, retail, and business development. This period included a major expansion of the Indiana Convention Center and dramatic increases in downtown hotels including the city’s first major convention hotel.

City government also planned and executed a $100 million White River initiative that resulted, in partnership with the state, in the removal of tens of thousands of tons of concrete and debris on the downtown’s near westside and replaced them with parks and landscape features that, with the additional city and state support, brought museums, the Ncaa Headquarters, improvements to the Indianapolis Zoo, and other changes to the area. During this time, the city completed the downtown Central Canal, catalyzing the residential apartments and other development along its route.

Downtown needed more retail and entertainment and the city redesigned and assisted in the construction of a long-planned downtown Circle Centre Mall. The era featured a record amount of downtown revitalization including the new arena for the Indiana Pacers, and an entertainment venue along the Massachusetts Avenue corridor. The Murat Theater and the Indianapolis Indians new downtown ballpark Victory Field rounded out the development effort. Together, these improvements created 50,000 new jobs, spawning a downtown entertainment and restaurant renaissance that brought 20 million annual visitors to the area.

An aggressive effort to reach out to small businesses while still attracting and supporting the expansion of larger ones resulted in record job growth. eli lilly and company pledged and built a one-billion-dollar expansion. Formerly blighted urban areas were reclaimed in Haughville, near north, and along the I-70 corridor to the east where abandoned areas were environmentally reclaimed and business expansion occurred.

Successes in tourism led to the plans for a new Indianapolis International Airport with the support of the internationally respected then-private operator of the airport. A major effort resulted in Fed Ex deciding to make Indianapolis one of its two most important domestic hubs (See Federal Express Indianapolis Hub).

The Goldsmith administration took on regulations removing 40 percent that had no connection to health and safety in order to open economic opportunities, especially for small and minority-owned firms. In partnership with the Urban League, for example, the Goldsmith Administration took on onerous taxi rules that prevented small local operators, many of whom were people of color, from an opportunity to own their own business and furnish transportation services.

These successes helped shine an international spotlight on Indianapolis during which time major media outlets hailed the Indianapolis innovative success, and over 5,000 visitors from governmental entities around the world came to visit and to learn about what became known as the “Indy method.”

Goldsmith’s use of Indianapolis as something of a laboratory for privatization was not without problems. The Marion County prosecutor’s office opened investigations into possible violations of bidding laws, state wage provisions, environmental regulations, and allegations of ghost patrolling.

Although no prosecutions resulted from these charges, Goldsmith continued to face criticisms. Former mayor William Hudnut charged that the emphasis on efficiency through privatization led to the elimination of crucial government services and the usurpation of the City-County Council’s advisory role in decision-making. Local leaders of the Urban League and the NAACP protested that 28 percent of jobs at stake through privatization were held by minorities.

Goldsmith also faced criticism for allowing “not-so-trendy sections” of the city to decline. The city’s homicide rate skyrocketed at a time when other cities experienced large decreases in crime. Indianapolis also did not fare well when its schools were evaluated. Truancy court officials reported a quadrupling of truancy rates, and only 21 percent of sophomores in the Indianapolis Public Schools passed basic math and English tests at the end of his term in office in fall 2000.