In 1886, Harry Stout and William Bristor opened a small off-the-shelf shoe store at 318 Massachusetts Avenue that specialized in hard-to-find sizes. The store was a family affair from the start. Harry’s mother helped run the store while he finished his engineering degree at Purdue University. By 1891, Harry’s brother Edward replaced Bristor as partner.

The Stouts incorporated their business in 1901 and soon after installed the Baldwin Flyer system. With this basket and cable system, customers paid for their shoes and received numbered metal tags. The shoes and money were placed in a basket and transported by cable to an elevated office where employees wrapped the shoes and made the correct change. The transaction was completed when shoes and change were returned by cable to the customer on the sales floor. This system still functions.

When Harry died in 1912, Edward was left to manage the business. Over the next two decades, Stout’s opened six additional stores downtown that were connected by a party-line telephone and a bicycle-riding delivery boy. The Great Depression affected Stout’s, as it did many other retailers, forcing the closure of several stores. (The last downtown satellite store closed in 1960.) 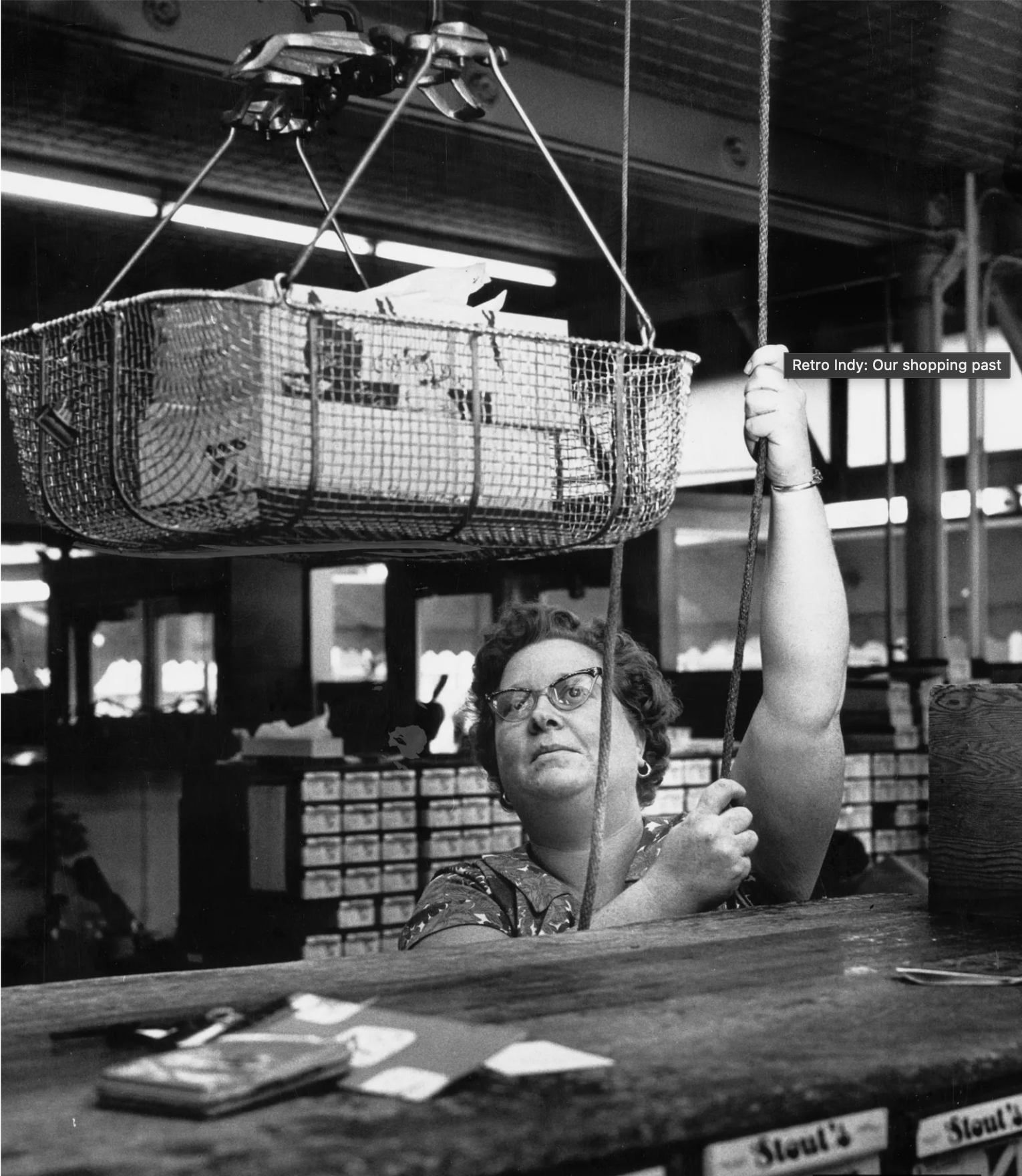 Edward retired in the late 1940s, leaving the business to two of Harry’s sons, Oliver and Sidney. During this time, the Massachusetts Avenue store gained an x-ray foot machine, pet monkeys, and a parrot. (A second parrot, Ripley, reigns as the current store mascot.) By the early 1970s, both brothers had died, leaving the business to Oliver’s son, Harry.

In the 1980s, Harry and his son Brad began to expand Stout’s once again. The Massachusetts Avenue store was renovated in 1984, and a new store was opened in Carmel a year later. A third store was opened in Greenwood in 1991. Stephanie Stout, Brad Stout’s wife, joined the company in 2001, and together they opened a fourth store in Brownsburg in 2002.

In 2003 Brady Stout began working as the 5th generation Stout to be part of the company. Brady Stout and his wife, Anna Stout, launched ShoeStores.com in 2009, which has become a major piece of the Stouts e-commerce business as the retail sector evolves further into the 21st century.