(Sept. 30, 1898-Oct. 16, 1974). Landscape and portrait painter Reynolds Selfridge was born in Jasonville, Indiana. After graduating from high school, he attended DePauw University in Greencastle, Indiana, and later studied at the John Herron Art Institute with Hoosier Group artist William Forsyth. His art education also took him to Provincetown, Massachusetts, where he was a student of Charles Hawthorne, a genre and portrait painter who was a student of William Merritt Chase and who founded the Cape Cod School of Art in 1899. In February 1926, Selfridge joined the art teaching faculty of Arsenal Technical High School. In 1928, he became an art instructor at Herron. 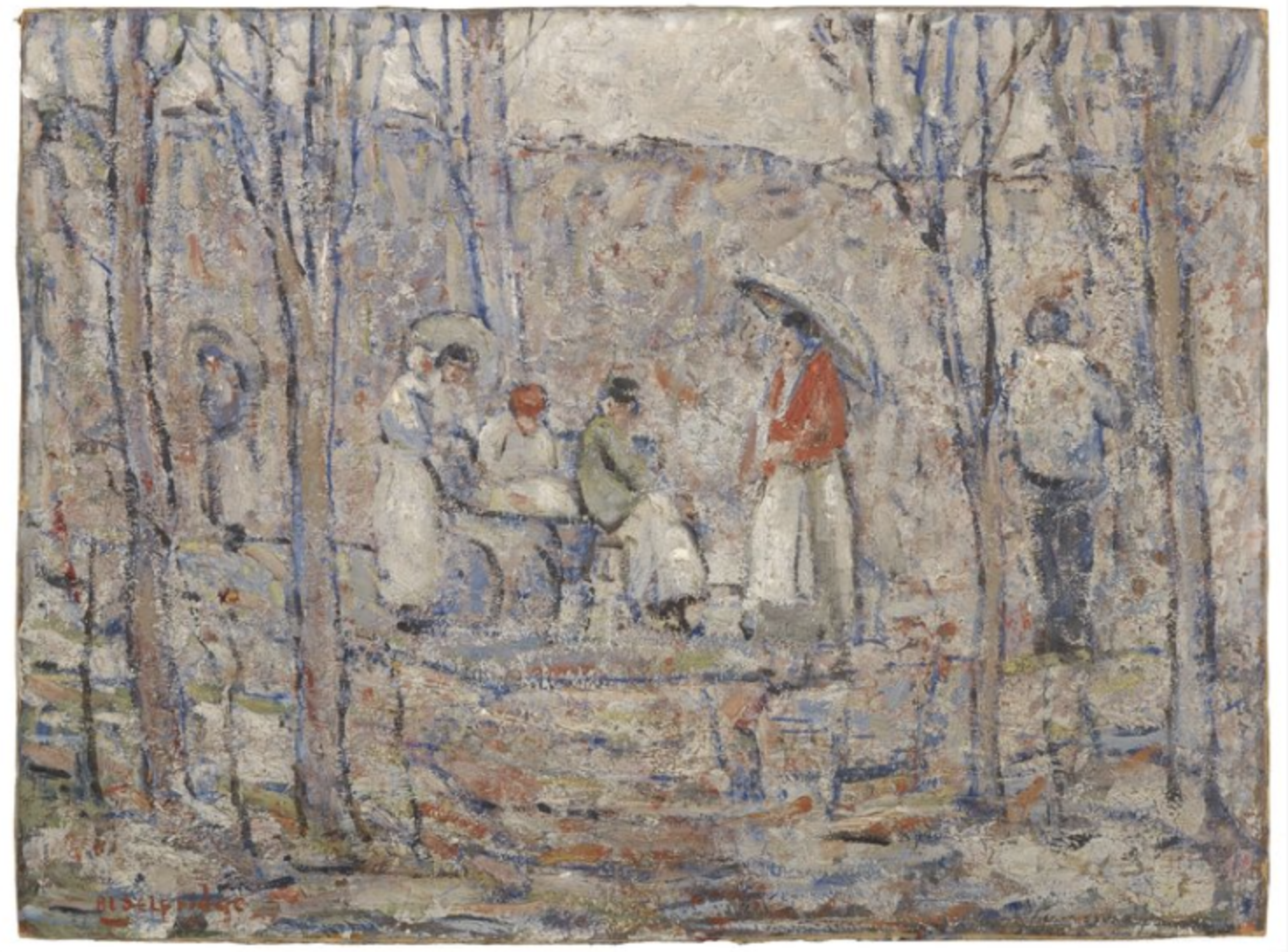 In the Park by Reynolds Selfridge, 1924
Credit: Indianapolis Museum of Art at Newfields
View Source

Primarily an oil painter, Selfridge’s work was well balanced and possessed a keen sense of color. He exhibited in a number of juried shows throughout his career, including the Hoosier Salon, Indiana State Fair, and Indiana Artists Club art competitions. He produced his most successful work during the 1920s and 1930s. At the annual exhibitions of Indiana artists at Herron, he won the $200 Landon Prize for his painting Old Mill in 1926, and, in 1929, he received the Holcomb Prize for his work Dinty’s Home.