In 1998, members of Tabernacle Presbyterian Church founded Oaks Academy to use classical education with the aim of providing an anchor for the revitalization of the congregation’s surrounding Fall Creek neighborhood. The neighborhood, then nicknamed “Dodge City,” was full of vacant lots and abandoned houses, and its residents experienced poverty and confronted much crime and drug abuse. 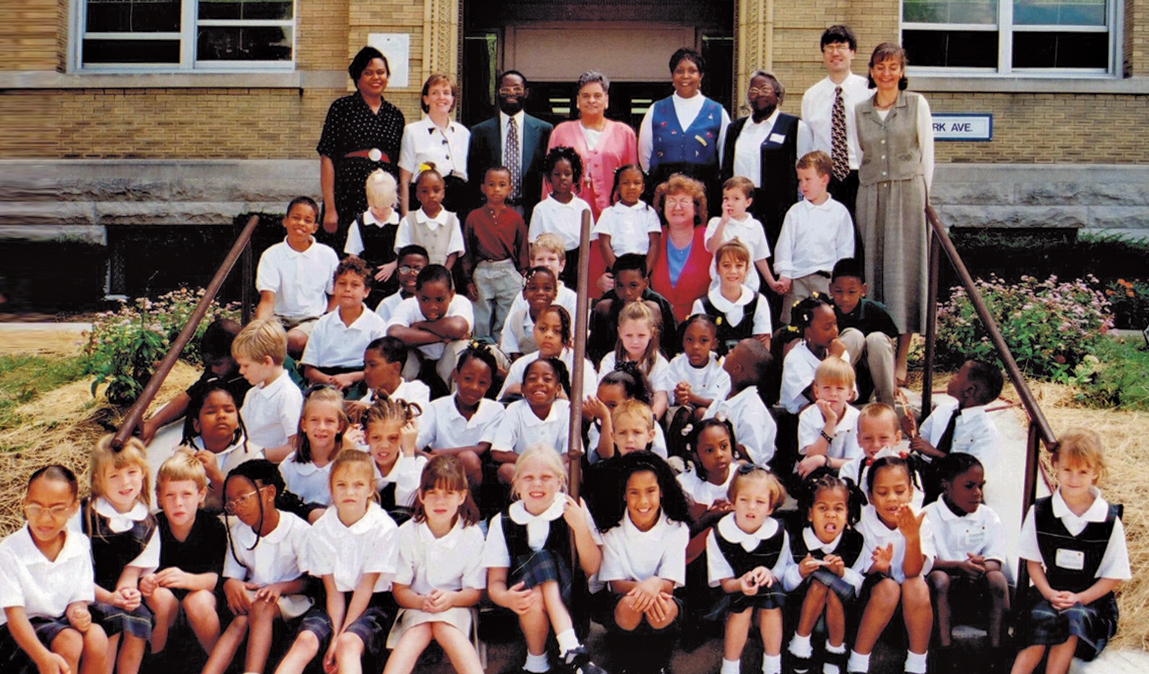 The school’s founders established Oaks when Indianapolis was moving from a limited set of public and private options to several choices: public, private, charters, vouchers for private schools for low-income families, online charter schools, and public school cross-district enrollment choice. These Tabernacle Presbyterian members, including later Indiana governor and Purdue University president Mitch Daniels, sought to develop a high-quality school intentionally designed to include students of different races and income levels. Oaks opened as an experiment in what had been Indianapolis Public School No. 45, at 2301 N. Park Avenue, with 52 students and a 50-50 racial balance.

Its founders established a challenging curriculum, including Latin in elementary school with its vocabulary-building benefits. The classical approach emphasizes discipline through memorization yet encourages creativity with texts such as Shakespeare and C. S. Lewis’ The Lion, the Witch and the Wardrobe. 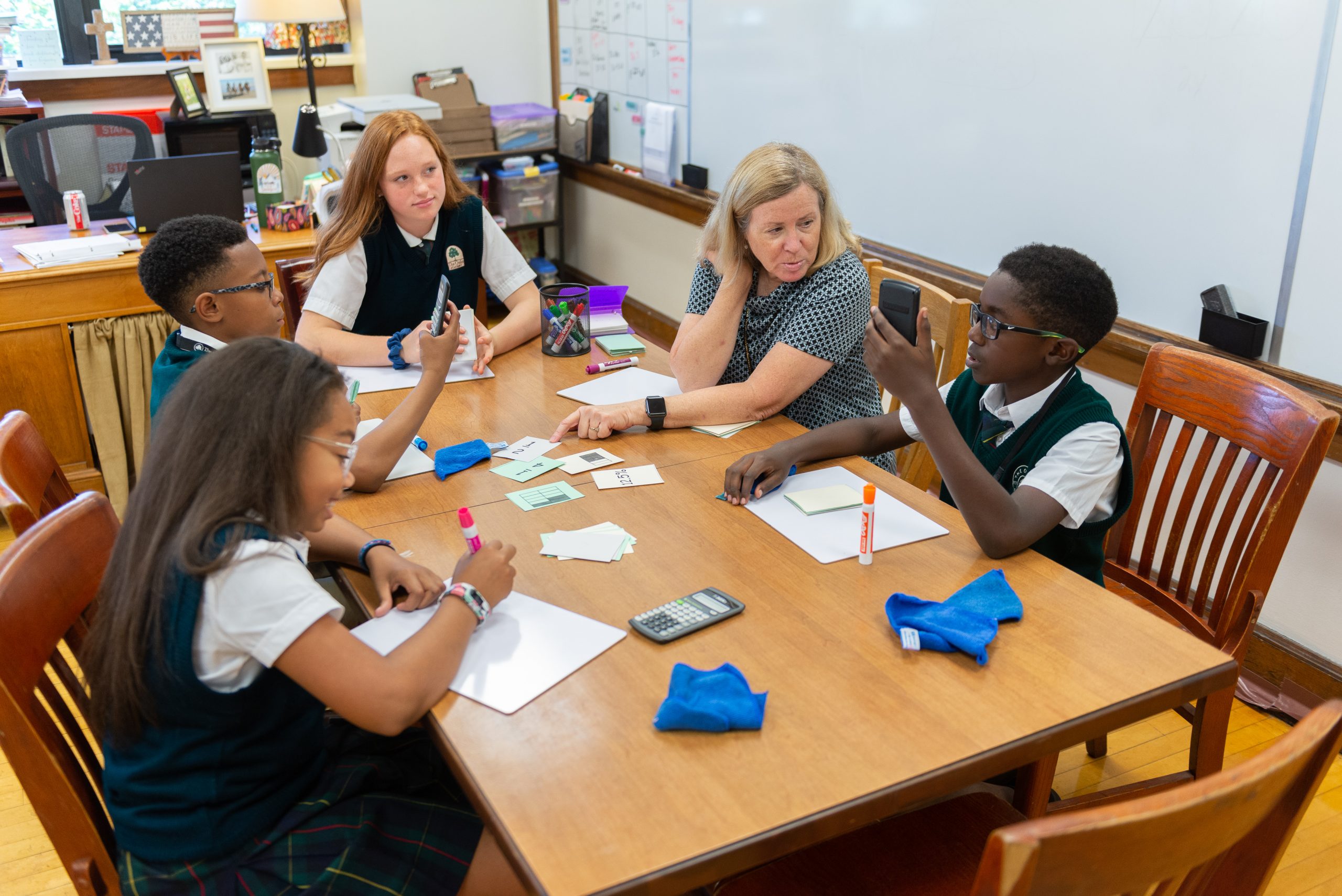 A Judeo-Christian worldview also lies under the curriculum. Its name, in fact, refers to a Bible verse (Isaiah 61:3-4) that identifies the planting of oak trees as a source of strength and regeneration. Yet Oaks avoids a Christian label. The academy is not affiliated with any religious institution.

In addition, Oaks requires that one parent, grandparent, or caretaker must agree to bring students to school and to be involved in their education. These adults must attend one parent-teacher conference and three school events each year.

This formula proved successful. By 2010, Oaks had 338 pre-kindergarten through 8th-grade students. Student standardized test scores were far above average. The school remained true to its ethic of diversity: 47 percent of its student population was white, 41 percent Black, and the remainder Hispanic, Asian, or of mixed race. Oaks also maintained enrollment quotas for differing socioeconomic levels, with 50 percent low-income, 25 percent middle-income, and 20 percent high-income students. As its founders intended, the school, with its success, played a role in the redevelopment of the area that became known as Fall Creek Place by luring some more affluent residents into the neighborhood. Crime dropped sharply as new families moved in and older homeowners received renovation assistance.

The opportunity to open a second campus for Oaks came with Super Bowl XlVI. Mark Miles, then chair of the Indianapolis Super Bowl host committee, included a plan to redevelop the near east side in the city’s bid, which helped convince the National Football League to hold the event here. Local leaders amassed $100 million for revitalization, and Miles talked to Andrew Hart, CEO of the Oaks Academy about establishing a new branch of Oaks, which opened in former Indianapolis Public School No. 81 in the Brookside neighborhood in 2012. Finally, Oaks repurposed another old Indianapolis Public School (No. 26), located at 1301 East 16th Street in the southern part of the Martindale-Brightwood neighborhood, as its middle school campus (grades 6-8) in 2015. 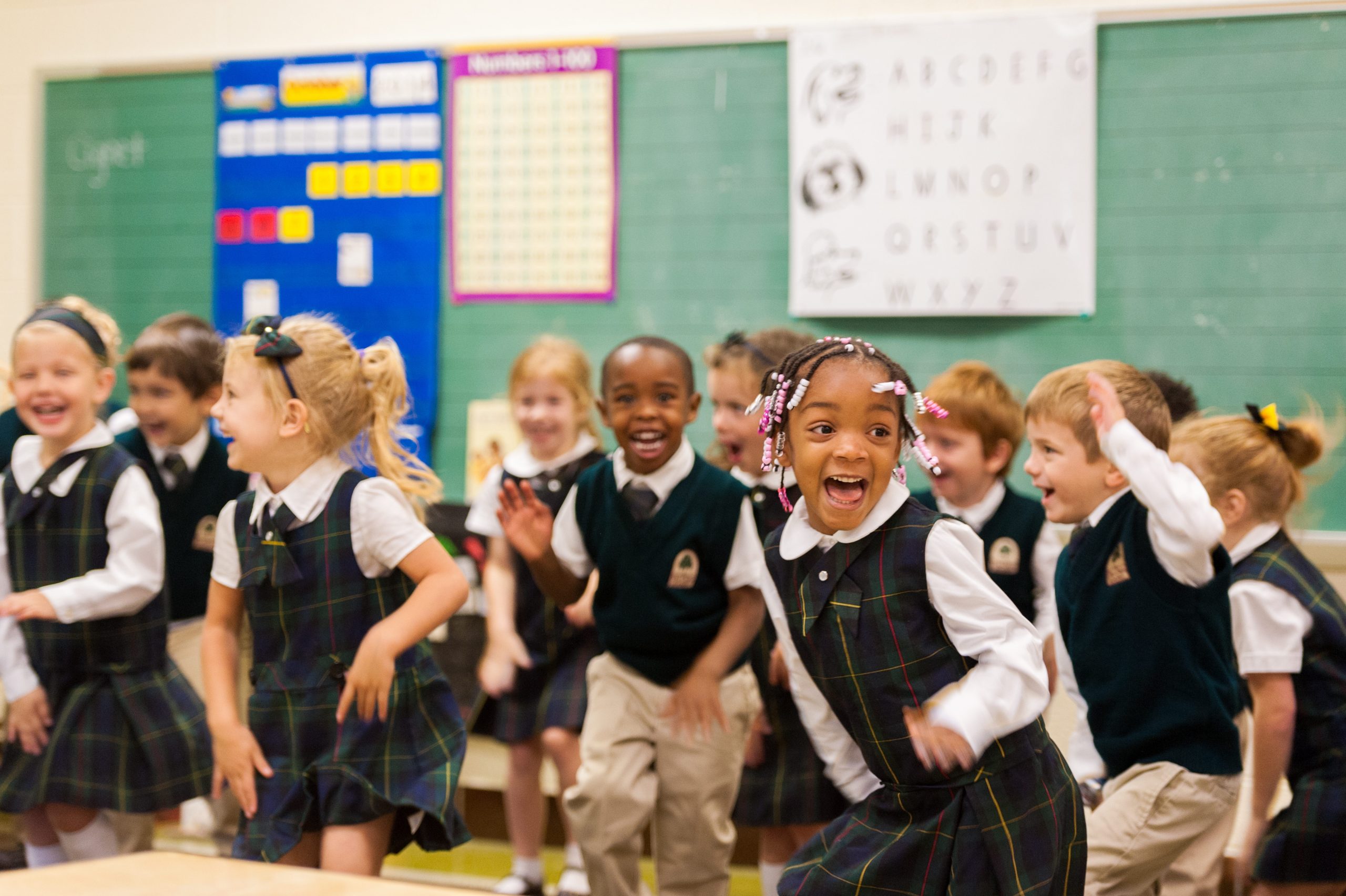 Oaks has ranked repeatedly in the top 3 percent of Indiana standardized test results. By 2022, it had an enrollment of 1,045 with a goal to expand to more than 1,200. It maintains its commitment to economic and racial diversity. The Oaks school population is 50 percent low-income, 25 percent middle income, and 25 percent higher income; and its racial makeup is 40 percent African American, 40 percent white, and 20 percent Hispanic, Asian, and biracial.