The longest-playing Black professional team in U.S. history, the Indianapolis Clowns began as the Miami Giants and were financed by Johnny Pierce, a Miami, Florida, Black bootlegger and numbers king. The team played around Florida and went on the road, barnstorming up and down the east coast, playing an average of 200 games per year.

Syd Pollock, the team’s booking agent, a native of North Tarrytown, New York, took over ownership of the team when Pierce died in 1937. By that time, Pierce had renamed the team the Ethiopian Clowns. As the Clowns’ owner, Pollock mastered the art of promotional hype, mixing sports with comedy. The Clowns have been compared to the Harlem Globetrotters, owned by Pollock’s close associate Abe Saperstein who followed the same model for his teams. Including on-field clowning antics, grass skirts, wigs, clown suits, white face makeup, slap-stick comedy, flashy practice routines and baseball trickery in its repertoire, the Clowns reportedly broke “attendance records from coast to coast” by 1940.

Pollock’s emphasis on entertainment rather than sport and the team’s name brought controversy. Pollock’s use of racial stereotypes to promote the team was degrading. In addition, the team’s Ethiopian label suggested indifference to the embattled nation’s struggle to avoid colonization and its symbol of liberation. To identify a minstrel act baseball team with Ethiopians insulted Blacks everywhere. As a result, the Negro American League (NAL) and the Negro National League (NNL), two of the African American leagues created during the time that the organized, professional sport was segregated, banned their members from playing the Clowns in 1941.

Pollock and Saperstein formed the Negro Major League, including primarily Midwestern teams, to dodge the ban in 1942. That same year, the Clowns moved from Miami to Cincinnati. Pollock pulled the Clowns from the NML and joined the NAL in 1943 after agreeing to drop the Ethiopian name and the most offensive elements of its showmanship, including playing in whiteface makeup, wearing wigs and grass skirts, and clown suits.

In 1944, the Clowns moved to Indianapolis, though the team maintained its roots in Miami and held its spring trainings there. The team was known as the Cincinnati/Indianapolis Clowns until 1946 when it officially adopted Indianapolis as its home.

With the integration of the white major and minor leagues in 1947, the NAL slimmed down from six active teams to four. In 1951, the Clowns relocated to Buffalo, New York, but continued to operate as the Indianapolis Clowns. The Clowns won the NAL championship (the annual East-West Game) in 1950,1951, 1952, and 1954. From 1950 to 1953, the team resumed barnstorming during the offseason.

Pollock is credited with signing the then unknown 17-year-old Hank Aaron to his first professional baseball contract with the Indianapolis Clowns in 1952, while the team was in Buffalo. Pollock sold Aaron’s contract to the Boston Braves for $10,000 in late 1953. Though Aaron only stayed with the Indianapolis Clowns for three months, his presence legitimized the team as professional players rather than entertainers. 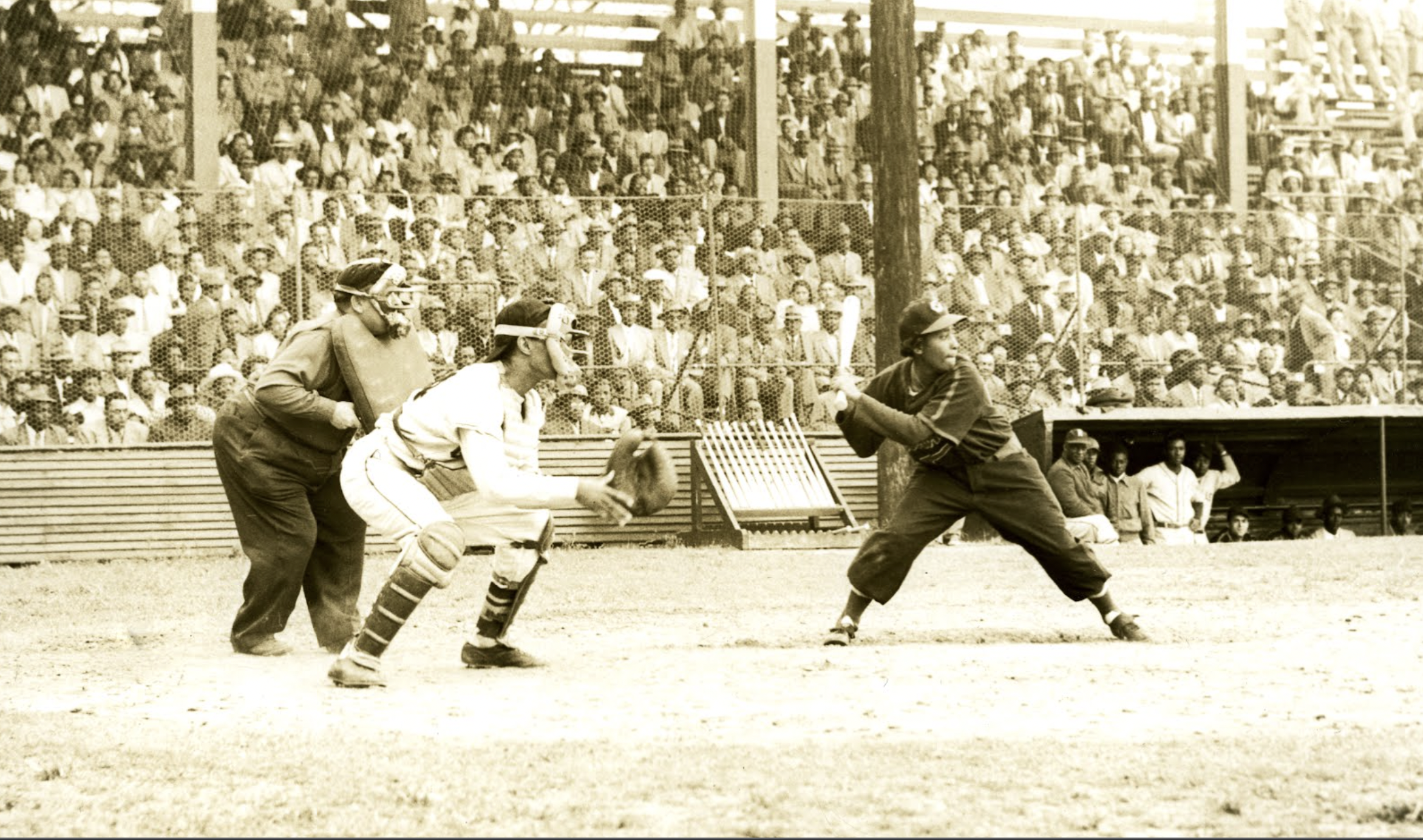 As Negro League baseball declined, the Clowns again resorted to clowning and novelty acts to draw crowds, despite their negative connotations. After Aaron’s departure in 1953, the Indianapolis Clowns became the first to sign a female player, Marcenia Lyle “Toni” Stone. After the team sold her contract to the Kansas City Monarchs in 1954, it immediately signed two more women, Connie Morgan and Mamie “Peanut” Johnson.

The Indianapolis Clowns’ 12-year membership in the NAL ended in 1954, which contributed to the demise of the entire league the following year. At this point, the team returned to Indianapolis from Buffalo and resumed barnstorming.

The Clowns were the last of the Negro league teams still playing baseball by the mid-1960s. Attempts to maintain its dwindling fan base included signing the 60-ish Satchel Paige to play for $1,000 per month in 1967, integrating the team with its first white player Jim Cohen in 1968, and more slapstick comedy antics. The team also hired former Chicago model Nancy Miller as an umpire during the 1971 and 1972 seasons to boost attendance.

The 1976 film The Bingo Long Traveling All-Stars & Motor Kings is loosely based on the barnstorming days of the Indianapolis Clowns.

The team finally disbanded in 1989.