An architectural landmark located at 902 North Meridian Street, the Independent Turnverein building was constructed in 1914 by German-Swiss architect Adolph Scherrer. This building exhibits both German Renaissance and Arts and Crafts features. The building is red brick with elaborately carved, arched limestone entrances. Its features include a red tile roof, recessed windows, and an extended eave. The building was originally the headquarters of the Independent Turnverein (Unabhängiger Turnverein). 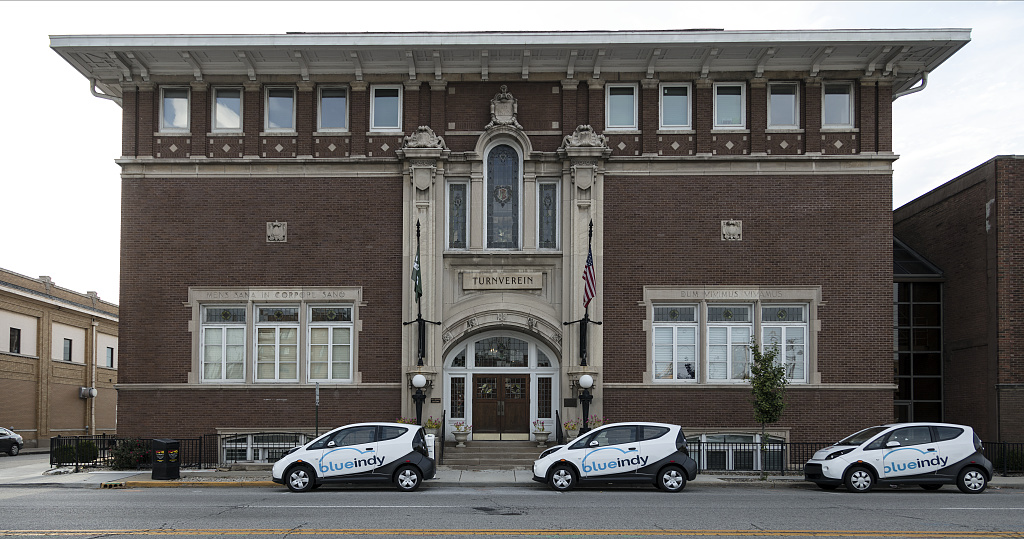 In 1879, 33 members of the Socialer Turnverein founded the German athletic and social club following a bitter political dispute. They declared their independence from the political issues so important to the local Turners and the national governing body, the Turnerbund. The independents met at Mozart/Germania Hall and in 1884-1885 rehabilitated the former Third Presbyterian Church at Ohio and Illinois streets. The rehabilitated former church accommodated the gymnasium, meeting rooms, summer garden, liquor store, and later bowling alleys.

The Independents commissioned Scherrer to design their purpose-built new clubhouse. The impressive hall built, 1913-1914, outdid the other two Turner halls with its indoor swimming pool. The facade was proudly adorned with German and Latin inscriptions carved into the limestone. In 1918, in response to anti-German sentiment during World War I, the club defaced its own building by chiseling off the German words and expunged the three shields of their Turner monograms. It further succumbed to pressure by dropping its German name and later the name of Turnverein, becoming the Independent Athletic Club in 1921 and later to the Hoosier Athletic Club.

The Hoosier Athletic Club was a busy place until 1943. George J. Marott bought the building in a sheriff’s sale in May 1943, and Purdue University took up residence in November of that year turning the social rooms, for example, the Rathskeller, into classrooms. In 1945 Marott donated the building to Purdue to be used as an agricultural center and Indianapolis headquarters for Purdue 4-H activities. It was named “Purdue Marott Agricultural Center. For many years, it housed administrative offices and classrooms for Indiana University-Purdue University Indianapolis.

In the 1980s, Stenz Construction Corporation purchased the building and invested over $3 million in its renovation, adding a center atrium. Stenz turned the original ballroom, natatorium, and gymnasium into a full-size penthouse and 52 apartments. Many retain the original stained glass windows and walnut woodwork. In 1991, Van Rooy Property purchased the Turnverein Apartments. Home to many professionals who work in or near the Mile Square, the Independent Turnverein building was added to the National Register of Historic Places in 1983.