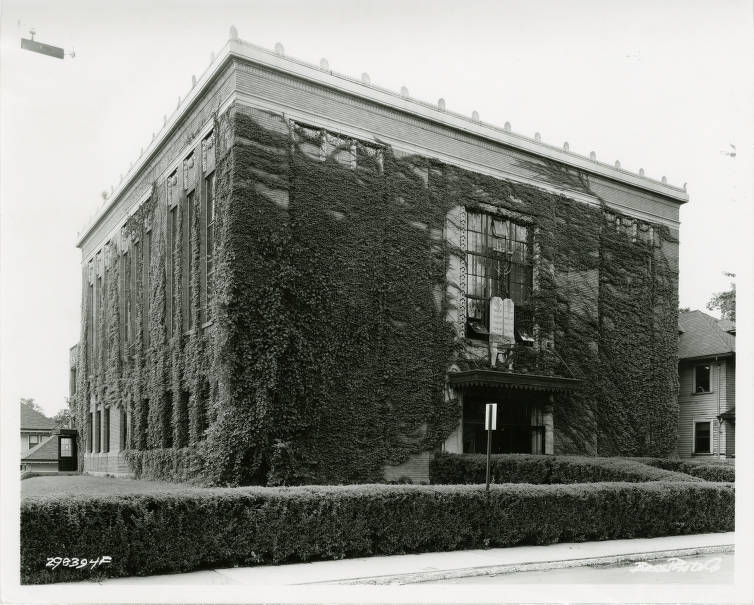 The newly formed congregation was housed in Bethel-El’s Vonnegut and Bohn-designed synagogue located at 34th and Ruckle streets, built in 1925. The focal point of the building is its second-story, barrel-vaulted main sanctuary space, which is 70 square feet and is 30 feet tall. There is a balcony that overlooks the entire space with its original chandeliers. The building is part of Indiana Landmarks and is listed on the National Register of Historic Places. It is the oldest synagogue building and existing Jewish site in Indianapolis.

Rabbi Milton Steinberg came to Beth-El in 1927 as its spiritual leader and continued to serve the united congregation until 1933. He went on to become one of the leading figures of the American rabbinate until his untimely death in 1950.

In 1958, the congregation followed the Jewish population’s move northward and dedicated its synagogue facility at 600 W. 70th Street (off Spring Mill Road). In 1985 a new chapel was built to accommodate worshippers and by the year 2000, the entire facility had undergone a renovation and expansion project that doubled its size, adding a library, new classrooms, meeting space, and tripling the capacity of its popular Early Childhood Center.

Unique and creative, Congregation Beth-El Zedeck has kept pace with modern thought and practice, while embracing the richness of Jewish and American civilizations. It is a large congregation dedicated to creating an environment of personal warmth, fellowship, and spiritual growth for all its members. Inspired by the biblical mandate, “Justice, justice you should pursue” (Deuteronomy 16:20), Beth-El Zedeck is active in social justice efforts. The synagogue is affiliated with the United Synagogue of Conservative Judaism and the Jewish Reconstructionist Movement.

Dr. Dennis C. Sasso (senior rabbi) and Dr. Sandy Eisenberg Sasso (rabbi emerita) became the spiritual leaders of the congregation in 1977. Sandy and Dennis Sasso were the first married rabbinical couple in world Jewish history. Sandy Sasso is the first woman ordained by the Reconstructionist Movement and the second woman rabbi in the United States. The Sassos have guided the congregation in a variety of interfaith, cross-cultural, and civic efforts.