(May 1, 1856-Jan. 22, 1930). Alexander Sangernebo was responsible for most of the architectural terra cotta ornamentation in Indianapolis before 1930, along with several examples of applied sculpture in stone. Estonian born, he came to the United States after an impressive education, most notably from the Ecole des Arts Décoratifs in Paris. He arrived in St. Louis in the mid-1880s and joined the Indianapolis Terra Cotta Company as its chief sculptor in the early 1890s, taking up residence at the English Hotel.

Among the earliest examples of his extant work is the terra cotta ornamentation on the Athenaeum, of which he was a charter member. In 1898, Sangernebo opened his own studio in Brightwood, where he was living at the time. Later, he moved both his residence and his studio to locations in the Old Northside.

In the early 20th century, buildings ornamented with glazed terra cotta were extremely popular, and Indianapolis was undergoing a construction boom before and after World War I. Sangernebo’s work graced the massive Indianapolis Traction Terminal downtown, the National Guard Armory (Tyndall Armory), the Columbia Club, and  L. S. Ayres and Company.

Sangernebo applied his terra cotta or fanciful stone creations to virtually every sort of building, from churches such as St. Joan of Arc to railroad stations (his work may be seen on Union Station). Theaters, in particular, lent themselves to fanciful terra-cotta ornament, and while most have been torn down, the Murat Temple and the Indiana Theatre survive as testimony to his artistry.

His designs also adorned a number of schools, notably Crispus Attucks and Shortridge high schools. Much of Sangernebo’s most exuberant work has been demolished, perhaps the most notable example being the terra cotta banding and medallions of Oscar McCulloch School 5. His playful side is evident from the gnome-like monks in full relief above the entrance to the Carnegie library at Washington and Rural streets. His last designs were for the Big Four building at Meridian and Maryland streets (later a Hampton Inn hotel), which were under construction at his death. 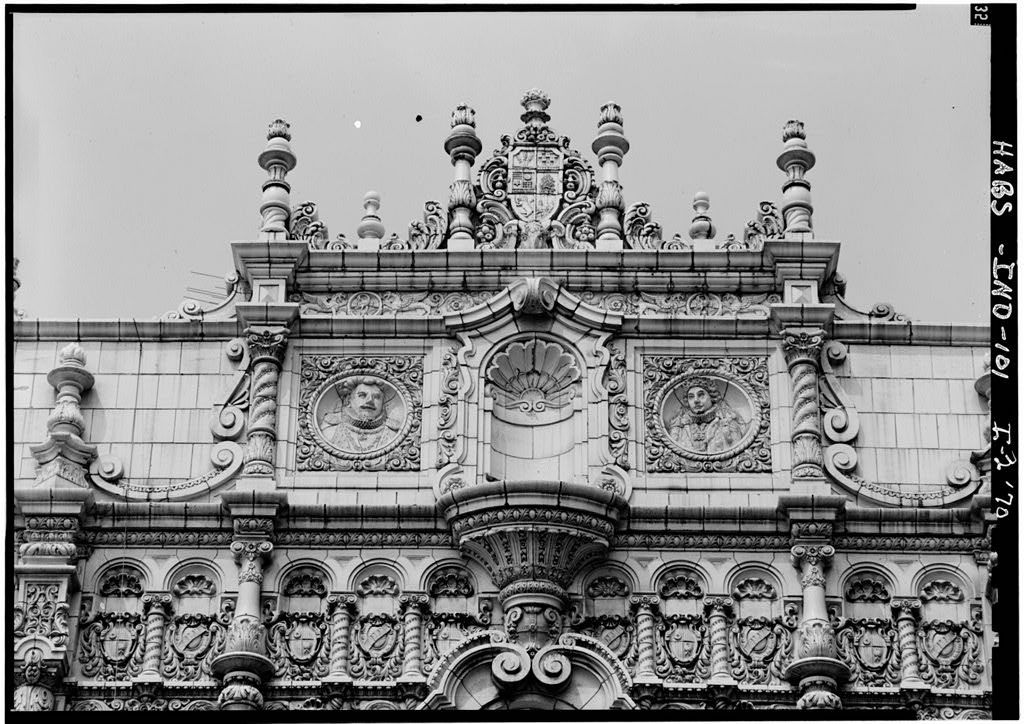 In 1927, the Circle Theatre Company, which owned the Circle ...Read More »